In Education the secular movement is now in full swing and is heading along its logical course; today you can't speak about God, spirituality or morality, but you can develop a hedonistic approach to life among children and young people, leading them to take up pursuits that are the answer to the question - "What will give me the greatest pleasure now?". The secular movement is even leaving behind the goals of academic excellence, as we can see.
For Catholics the watershed was the 1944 Education Act, which brought our schools under the Government's wing, and for that matter also initiated the contemporary project of the Church - that of being a Church of maintenance, not a Church of Mission. Gradually, the secular movement has overtaken our schools also and, their lay-run administration seems, more or less, to have caved in under the incoming tide. Perhaps if our schools were still run by priests and religious there would be a different story.

Nevertheless, one of the most important consequences of the modern secular movement has been the subbordination and relegation of the role of parents in the education of their children by the State. So much so is this the case that in many (most) communities, parents now are glad to absolve themselves of their duty to their children and to hand over their children to the State for a huge portion of their young lives, seeking work, leisure and other pursuits while free from their children. And all the while the State has been happy to allow the secular movement to manipulate schooling at will. We can see this especially in communities of immigrants to our country who have fostered their own cultures more than they have given themselves over to State control, and in so doing we see families and communities in which traditional values are still maintained.

So, it is already late in the day, but how can we rebuild a climate and a culture in which parents recover their primary role as educators of their children? First of all, I think that quite a bit of personal interest and initiative by parents is necessary; an interest and initiative whereby parents actively seek to build a culture and a way of life for themselves and their families in which they embrace their God-given mission to form and guide a family. Secondly, by building friendship and association with other (like-minded) families. John Paul II spoke loudly about this on numerous occasions. In Familiaris Consortio he said:

Family associations should "foster among the faithful a lively sense of solidarity, to favour a manner of living inspired by the Gospel and by the faith of the Church, to form consciences according to Christian values and not according to the standards of public opinion; to stimulate people to perform works of charity for one another and for others with a spirit of openness which will make Christian families into a true source of light and a wholesome leaven for other families." 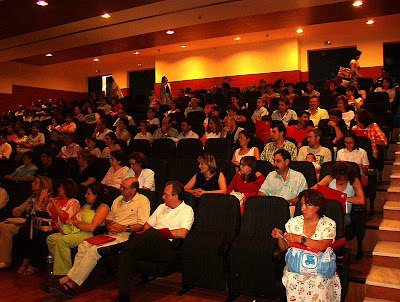 Recent news reports have made us aware of the strength of Catholic family life in Spain and of how families have recently rallied together to oppose Spanish Government interventions in schooling. Visit http://www.familiasnumerosas.org/ for a closer look at this huge family movement. (Click on the Union Jack for the English language version.) I have been involved for some years now with "Teams of Our Lady" and I have seen how influential this Catholic Association of Spouses has been in rebuidling the spirituality and culture of marriage and family life, and how powerful if has been in rebuilding the culture of Catholic communities and even parishes. You will be aware of other similar associations where this is the case.

What we're speaking about here is parents becoming parents again. The State runs a creche for every parent in the land, should they so wish to reliquish their own role. Catholics should be a the forefront of the re-embracing of the tremendous parental mission and accompanying skills which God has given them. Nor should we delay or doubt the influence that we can have here. But don't follow the culture!

I have recently come across a website which I recommend to you: Mercatornet is a site in which the dialogue between the Gospel and culture is made in an intelligent and extensive way. This is the kind of site which provides the basis for understanding as well as for forums and blogs.
Posted by Fr Richard Aladics at 08:37 No comments: 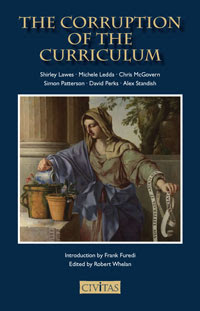 I'm back with a new Dell machine after my last laptop crashed out just after Christmas.
The present educational environment in the UK in very concerning and surely points Catholics towards creating a new environment for the education of their children. Indeed, there is so much change and manipulation in education today that this is not the era in which to be a pupil in a school in which the State has any control whatsoever! Our Government is doing by stealth what the Spanish Government recently did by law (Law of Historical Memory.)
Whilst the Government seeks ways of challenging and closing Catholic Schools because of their Faith; Catholic schools, by and large, are far more concerned about being winners in the community than being Centres of Faith. So much so is this the case that their prevailing ethos is Pelagianism not Catholicism (and Pelagianism is not at all at odds with British culture.)
State schools on the other hand are focussing more on their ethos and the development of the new secular orthodoxy, rather than being winners in the community. If I were a child now, I would not want to be in either a Catholic or a State school.
Eric Hester has recently reviewed Robert Whelan's new book The Corruption of the Curriculum, a book which expresses how Blair's proclamation "education, education, education" has in fact meant "politics, politics, politics", and that the curriculum is now subject to the tenets of feminism, gender discrimination, racism, environmentalism and homophobia. Independent schools, he points out, still constitute a real hope for they are mainly rejecting the new code. (One thinks also of the recent Australian initiative of Campion College - a Liberal Arts College on the outskirts of Sydney which teaches a secular curriculum from a genuine Catholic perspective.)
It is in such a climate that Catholic families should come together to discern how best to educate their children, how they can support one another, inform one another and develop new ways of creating an environment and a culture in which their children can be educated. I for one would help.
Posted by Fr Richard Aladics at 07:00 10 comments:

Please wait about a week ...

I know that various people have contacted me via the Blog, Facebook and email. My computer is brok (yorkshirism) and I can't reply to you yet. I'll be back online about 12th Jan and will get back to you then. (Don't ask how I've been able to post this!)
Posted by Fr Richard Aladics at 14:13 2 comments:

My computer is bust. I'll be back in about 10 days.
Posted by Fr Richard Aladics at 16:57 No comments: