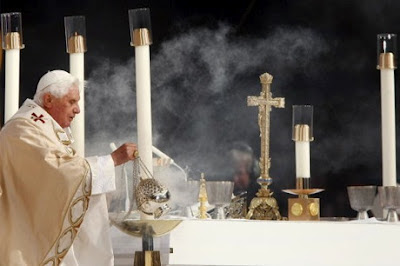 At the Last Judgement we don't want our near colleagues to point us out and say that they had no one to show them the way.
That process of formation in Christ which is common to all of the baptised is threefold:
First, the assimilate the Faith into our minds and hearts.
Second, to express the faith in our lives.
Third, to witness to the faith in life.

Posted by Fr Richard Aladics at 21:38 No comments: 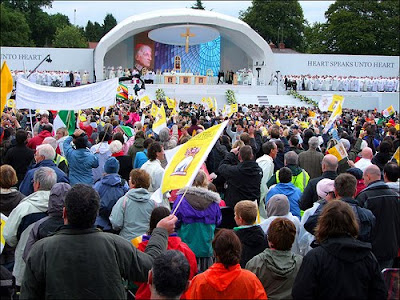 "Apostolicam Actuositatem", the Vatican Council Decree of the mission of lay people presents a wonderful vision of the Christian life of the baptised. Becuase this vision does not concern the performance of a multipilicty of tasks on the altar during Mass, but rather the way in which lay people are called to Christianise the world, this document is somewhat forgotten.
Nevertheless, the vision of this document comes from the heart of the Gospel and of the Church - "You go into my vineyard!" Why does he say this? Becuase he, the Christ, is the hope of humanity.
Because we are baptised we have a new dignity which comes from Christ, and we are called to sanctify the world through our presence and our activity. First of all then, we are called to be holy and to belong to a communion - the Universal Communion of the Church. This is done by being established in a parish, and also sometimes in groups or associations. Being established in a parish enables us to respond to the call to union with Christ (holiness), it enables us to embrace our responsibility for professing the Catholic faith, to witness to the communion of the Church, to build our lives upon the Church's apostolic goals and to commit to being a presence of Christ in human society.
Within the dialogue that takes place between Christ and those he calls, there is a process of Christian formation. This process includes human and Christian formation. This formation is to lead to the living of a unified and integrated life in Christ, where one's personal culture becomes integrated with doctrinal and spiritual formation; the person and the community become themselves a centre of spiritual renewal in the world, because they offer Christ to others.
This vision was taken up by Bl John Paul II is his 1988 Letter "Christifideles Laici"; another wonderful teaching document which proposes the New Evangelisation on the basis of the renewal of the parish. Two documents deserving of particular attention today.
Posted by Fr Richard Aladics at 23:42 No comments: 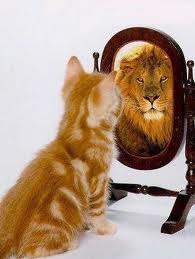 The public dimesnsion of marriage has been marginalised and diminished by the culture for many decades now. This undermining and betrayal of marriage is responsible, in large part, for the current UK proposal for same-sex marriage to be legalised.
Marriage has a public dimension. It is an essential aspect of marriage. This dimension is expressed formally in whatever marriage ceremony takes place by the presence of witnesses. A contract entered into privately by two parties has never been considered as marriage; society, represented by the witnesses, has to be present in order that this coming together by two people might be understood as marriage.
The public dimension is a part of what marriage is because there is a relationship between marriage and society. Society depends upon marriage (for the procreation of children and their upbringing), and marriage depends upon society in order to assist it in its mission. It is a mutual relationship, but not one in which marriage and society are as equals, for society (but not marriage) is obliged to observe the principle of subsidiarity, because marriage (and the family) takes priority over society.
The diminishing of the public dimension has been taking place over recent decades through a number of ways. We have the culture-led and State-led project of contraception and abortion. We have the culture-led and State-led project of divorce and the trivialisation of sexuality and relationships. We have the increasing number of people who have chosen not to get married but to simply live together. All of this has conspired to create an ethos of life without social responsibility, and in terms of marriage, to make the social dimension of marriage seem like an unbearable imposition.
So, in such a subjective age we hear such opinions as this: "What you are talking about (same-sex marriage) is individual people and their personal relationships, their love for each other and their wanting to be in a partnership or getting married. I think we should support that." (Harriet Harman, Labour front-bencher)
The culture has tried to remove the social dimension of marriage so that now we are in that position as a society where people want to do exactly what they want, without any sense of their responsibilty towards society, whether this is heterosexual or homosexual co-habiting. Same-sex marriage can never be in a right relationship with society because of the impossibility here of procreation, and of the authentic nature of the upbringing of children.
A important factor for young people today who are in relationships is to take your relationships out of the purely private sphere and introduce them properly into the context of family and friends, but especially family. Because if you marry, your life will be lived among and supported by your families, and by society also, not to mention the Church.
Posted by Fr Richard Aladics at 00:11 No comments: