Towards a real vision 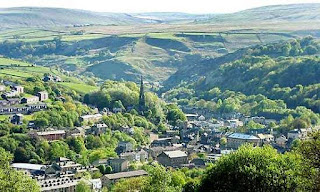 Isn't it great to wake up in Our Lady's Dowry!
I have been asked a few times in life about which country I would really like to live in.
Instinctively I have been able to answer immediately: I would like to live in pre-Reformation England.
Well, now that we have made new the Rededication of England as the Dowry of Mary, we are tapping into a very old tradition, but more importantly, into a spirituality - a desiring to share our lives and their content with the Blessed Mother.
A dowry presupposes that a marriage is near, and about this we want our whole country to be a part of that marriage, which is the fullness of union between Christ and his Church.
All marriage need working at, and now we have a real contact and a renewed purpose to build the vision of the Church in this land.
Posted by Fr Richard Aladics at 07:36 No comments:

A beautiful word of encouragement 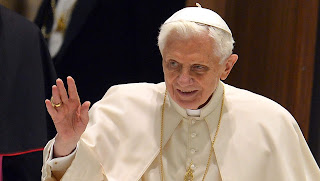 I often think of, and refer myself to these words:
"Dear friends,
may no adversity paralyse you.
Be afraid neither of the world, nor of the future, nor of your weakness.
The Lord has allowed you to live in this moment of history so that,
by your faith, his name will continue to resound throughout the world."
Benedict XVI, 28.8.11
Posted by Fr Richard Aladics at 17:10 No comments: 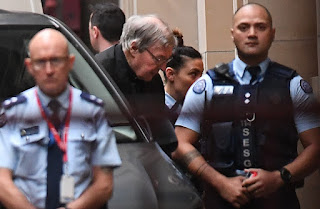 The present hearing in Australia about the erroneous conviction of Cardinal Pell is something that is easily fathomed.
This conviction and subsequent appeals are not about Cardinal Pell, who everyone of right mind knows is innocent of the very thing that he was charged with and convicted of. This is about the incapacity of Australian society to be able to deal with the appalling sexual abuse phenomena, both inside and outside the Catholic Church, in recent decades.
I lived in Australia for over four years and liked every second of it. It is a land of huge horizons, of beauty, light and openness. But I was aware also, from Australian Cinema, Australian drug culture, alcohol culture, its suicide rates, all the various routes of hedonism, the terrible youth culture, and its strict and neurotic Anglo-Saxon bureaucracy, that there is a very dark side to Australia.
In our home countries - and in the most surprising places - we are aware of this and try to circumnavigate it as best we can. But Australia is intent on making a scapegoat out of one of her very best sons. Cardinal Pell has done more to nurture Australian goodness than any other Australian, of our life time, who we could mention.
The conviction of Cardinal Pell on such a ludicrous charge beggars belief. Australia - you have a big problem, and treating your Cardinal in this way is not going to help you. He has already helped you more than you know. Do not darken the Southern Cross more. Australia - you are called to grow in grace and in goodness. Do not be oppressed by the darkness. Let there be interior light in Australia. You are on a knife edge. Why? You have so much to lose, and you have so much to gain. Why do you want dark powers to hold sway in your midst?
Posted by Fr Richard Aladics at 20:16 No comments: 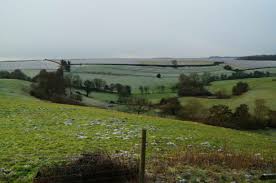 We will visit the battlefield site, the village of Saxton, and finish with a visit to the church of the Immaculate Conception at Barkstone Ash.
The battle field walk is around 3 miles on country paths, and we could walk to Barkstone Ash and back which would add another 3 miles. Please wear outdoor shoes, and we can decide, as before, whether to bring a packed lunch or to find a pub.
We’ll leave the parish at 9.30am on the Saturday, or we could meet, just after 10am at the battlefield site, which is just north of Saxton village.
We’ll finish the walk with the Guild prayers in the church of the Immaculate Conception.
The battle was fought in 1461 on 29th March. Our visit will be on the eve of the anniversary.
Posted by Fr Richard Aladics at 06:54 No comments:

Yesterday's Catholic History Walk was wonderful. As you know, because of the poor weather, we exchanged the walk to Hathersage and back for the celebration of Mass at the Padley Chapel.
We had a beautiful, votive Mass of the Martyrs in the chapel at Padley, after learning so much about the site and its significance from the custodians. We sang much of the Mass in honour of the two Blesseds, Frs Nicholas Garlick and Robert Ludlam, who were captured there in 1588.
Special thanks to the custodians of the chapel for preparing the place for our visit and for the wealth of knowledge which they shared with us.
Following the Mass and a look round the remains of the old manor house, we all drove over to the beautiful village of Tideswell, about nine miles away. The custodians had told us that the house in which Nicholas Garlick had lived, together with the connecting buildings which had been the school where he had taught local children the Catholic Faith, before he became a priest, is still there at the top of Hardy Lane in in the village. We also learned of the tradition; that following his execution in Derby, local Catholics brought he severed head back to Tideswell and buried it in the graveyard of St John's, the 'Cathedral of the Peak'. A plaque on the entrance to the church yard states this tradition.
I should also say that we had a wonderful lunch at the Anchor pub, just outside Tideswell. It really was a wonderful day. 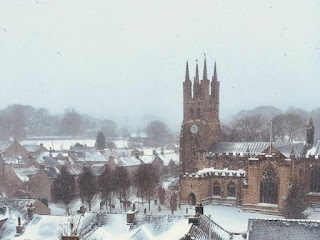 Posted by Fr Richard Aladics at 13:55 No comments: