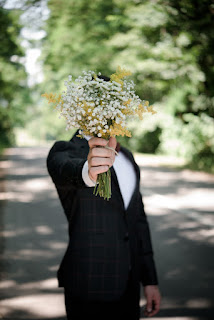 My notes on Chapter 5, Love made fruitful.

Although this chapter speaks well about the fruitfulness of married love, the reality is that many people today do not live this. The culture does not offer a good environment to live marriage. Nonetheless, the problem lies not with marriage and the family, the problem lies with individuals such as us, who have a fallen human nature. The proclamation of the Gospel and the call to encounter Christ is the keystone.

Marriage today is not necessarily seen as a source of unity for the person, nor necessarily as the place of procreation. Today there is a new normality, and indeed, today's remedy for concupiscence is to indulge in it!

Perhaps the Pope is here trying to re-interpret the ends of marriage (the good of the spouses, children, and a remedy for concupiscence) in a new vocabulary. However, the lived reality today is very different from faith and life in Christ. The cultural context affects the message of the Church about marriage and the family. Before the values of the Enlightenment became the lived culture, the family was seen as the basis of society. Marriage was the 'inner sanctum' of society, the preserve of spouses where humanity was engendered and nurtured, and whose inner unity was the place from which the human project sprung. Following the Enlightenment, the individual became the basis for society. The 'inner sanctum' has gone and now the state and social currents are the basis of society. Marriage and the family and now adapted for today's purposes.

At the recent Council the Church set aside the remedy for concupiscence as the third end of marriage. Perhaps this was done out of a sense of optimism. Human resourcefulness takes the place of the former, more realistic view. However, marriage as a remedy for concupiscence is still there, though hidden. We don't know how to speak about it today. Perhaps we do need a new vocabulary here.

Marriage is best seen in the light of grace, yet trying to speak about it in this way can seem very foreign. This is the problem. Yes, there is a great goodness in marriage, which Pope Francis highlights, but he does so without leading it into the life of grace. This is a shame, because the people who are not trying to life the life of grace, do not easily see the natural goodness either.

Christ Jesus is the centre. When people have him in their lives they are filled with faith-filled hope. This hope is the presence of Christ Jesus in them. He incarnates hope in marriage. Actually, we need a vision of how the theological virtues, given in baptism, are active within marriage.

Posted by Fr Richard Aladics at 20:52 No comments: 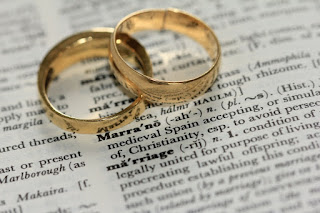 Chapter 4, Love in Marriage, gives a basic human and moral framework, not a theological one. It reads as a 'vademecum' for spouses, to help them to keep their love on an even keel. Or as a guide for couples preparing for marriage, helping them to discern what they want their marriage to look like.

This chapter does not give a vision for married life. It is not prophetic about how marriage needs to be in the world today. It is merely descriptive, whilst being morally optimistic about what love should look like in marriage.

Today, we live in an idealistic age, but find practically that our love can't live up to the ideal. Our culture has seen a sharp move away from the supernatural aspect of marriage to the natural aspect. The primary concern today is the love of the spouses, not of the family. Today, marriage is more about having a wedding - a celebration of 'us' - and not about marriage.

Amoris Laetitia seems to play up to this, rather than to challenge it, presenting an idealised and human-centred marriage. The big question remains, how do we evangelise marriage?

Neither of these ways appears to be a key for today. In fact, the key is evangelisation. That is, couples encountering Christ and being changed by him before they marry. Christian marriage is not a human symbol with a Christian veneer. We should first announce Christ to the couple who are preparing for marriage. And we need to be speaking about marriage, not a wedding.

Posted by Fr Richard Aladics at 07:00 No comments: 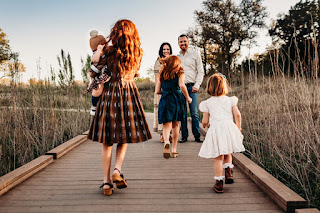 Chapter 3. Looking to Jesus: the vocation of the family.
Here the Pope speaks about the imperfection of the sign of marriage. He's caught up with human imperfection, so he can't speak about the ideal, and as a consequence, he doesn't teach the perfection of marriage. This is somewhat Lutheran.
But if we don't have the vision of perfection, what is it that people are being called to?
Practically speaking, we need to look at how Christ is mediated in marriage; what is special and attractive about Christian marriage?
Perhaps the most important question to arise from this chapter is, how do we present Christian marriage to young people today?
First of all, what do young people today think that marriage is? Unless we know where they are, how do we know how to guide them towards where they need to be?
Secondly, what do we teach them? Many young people today are looking at a wedding, an event, and not at marriage, a communion of life.
Marriage is also a secular reality, whereas the other sacraments are not. So, how do we proclaim the qualitative difference between Christian marriage and a wedding or a relationship? What does Christian marriage add to life?
Amoris Laetitia has nice words to say, but remains quite distant from where people are.
For people of faith, the Pope's message no doubt inspires. But what about people of no faith? Today, the Church continues to provide services for people, as it used to do during the era of Christendom, but the times have changed. Today we need to evangelise.
The big question is, how do we inspire young people for Christ?

Posted by Fr Richard Aladics at 19:11 No comments: 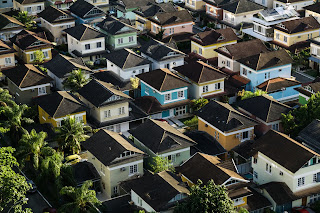 My notes of Chapter 2, "The experiences and challenges of families."

But what is lacking in his presentation is the foundation of marriage; that marriage is symbolic of the relationship between God and man. It seems to me then, that there is a Protestant anthropology within "Amoris Laetitia". Instead of applying the Gospel directly to people’s lives and calling them to allow grace to change us, there is a real sense of a negative anthropology – that we are in fact set in a fallen mode and must put up with that lot.

For priests, how do we experience marriage today?

1.   We see the disintegration of marriage and family at large.

3.   That people rarely, if ever, consult with us about these issues, but rather decide upon their own resolutions.

4.   That today, the traditional cultural conformity - that everyone gets married - has gone, and that the sexual revolution has been integrated into people’s lives. The result is that people today want a relationship, but not marriage; this is the new cultural conformity. So, today conformity has moved away from what it used to be, and that which the Church gave her accord to. And there is now a new situation, which the Church cannot accord herself to.

5.   Just as before, today also, a small minority actaullyget married with a sense of vocation.

What has caused this situation? This is very difficult to pin-point, but a loss of faith and the sexual revolution have played their part.

What is the response of the Church to this situation? This is also very difficult to answer. We know that we can’t shore up a shifting culture, still less a land-slide. Part of the answer lies, I believe, with Rod Dreher's "The Benedict Option", which implies new and small Christian communities who actually live Christian marriage and family, and who build themselves up in the Christian life, so that they can become a new leaven for the future.

Posted by Fr Richard Aladics at 18:41 No comments: