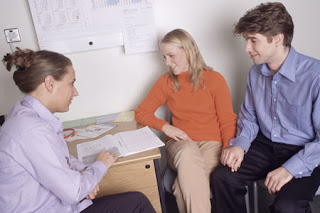 The prophetic teaching of Paul VI in the Encyclical Letter Humanae Vitae is regarded most for clarifying that artificial contraception goes against the truth about human love. Those who read this teaching Letter for themselves see that Humanae Vitae actually contains a very beautiful teaching about the truth of marriage and, particularly, that it gives a wonderful exposition of "responsible parenthood": the way in which spouses are called to consider authentically the factors which affect or govern the number of children they have.
However, I have long thought that this Encyclical goes for beyond the sphere of marital morality and enters very fully into the social and public sphere. Most societies, down through history, have (correctly) entrusted the transmission of human life to spouses. Occasionally, a society has intervened in this very particular area of life in order to insert some controlling influence; for instance, the Chinese 'one child' policy, or the eugenics of the Nazis. In our era social forces within culture and from governments are entering into this special area: who today has the responsibility for the transmission of human life?
Contraception, by its very nature, introduces a 'third party' into the procreative mission of spouses. But the 'third party' influence might come through a false or contrived vision about the meaning of life, which the contemporary secular project promotes, it may be through the contemporary homosexual lobby, or through the desire of a government that its citizens achieve some pseudo-scientific goal or simply by the crude application of socio-economic forces. All these influences are being exercised today and many spouses probably feel that their God-given mission is indeed somewhat invaded.
Humanae Vitae then, is a Social Encyclical, giving light and clarity of vision to spouses in an age which dares to invade this most special of all human tasks. Spouses uniquely have the mission to transmit human life; no one else can legitimately enter in here, and the vision for marriage and responsible parenthood which Paul VI gave us is something to be made much of in our age. Let the truth shine out!
Posted by Fr Richard Aladics at 14:43 No comments: