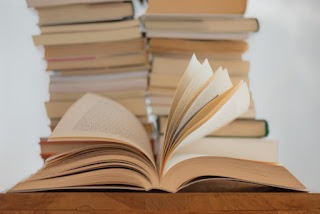 In the second chapter of Michael Davies' "Pope Paul's New Mass", the author speaks about the 'Ottaviani Intervention'. This was a letter accompanying a document, written by a number of theologians critiquing the New Missal. Cardinals Ottaviani and Bacci presented this to Pope Paul in 1969, just before the New Missal was promulgated. Having never read this critical study before, I found it on the internet - there are a number of sites with the full text - and I was amazed to discover in it a most marvellous presentation of the Theology of the Mass. Anyone who desires a fuller appreciation of the Mass should read it.
This "Critical Study of the New Order of Mass", although clearly not a Magisterial Document, goes to the very root of 'Sacrosanctum Concilium'. In other words, if we are looking for a greater participation in the Mass, then the fuller our understanding of the Mass, the greater our participation will be.
In Chapter 3 of Michael Davies book, 'Reform or Revolution', the author expresses how the immediate aftermath of the promulgation of the New Missal in Advent 1969, was a state of incredulity on the part of ordinary Catholics. Neither priests nor people knew the rationale for the radical change in the Liturgy. Even the very meaning of the Mass appeared to be in question!
Having lived through the 1970s, and now looking back, it is very hard to reconcile 'Sacrosanctum Concilium' with state of the Church and its Liturgy in that decade. The Council Document appears venerable, lucid, directive. What took place was horrible. I don't like to remember it.
Stepping back from the Liturgical changes makes one think of how those very changes took the Church away from her mission and manipulated her into a bureaucracy, and led her into a sort of 'limbo'. A place where things are not really sorted out and where there is no real opportunity for development or reconciliation.
The reality is that much needs to be sorted out in the Liturgy, but the present generation, who lived through the changes, have no desire for more change. In this state of 'limbo' the real understanding of the Mass is no longer truly alive. Many Catholics refer to the Mass as a 'service'. And active and interior participation is replaced with mere ritual and conformity.
The renewal of the Liturgy will take place, 50 to 100 years from now. Those in their 20s, maybe even their 30s, will see it and they will rejoice.
Posted by Fr Richard Aladics at 18:29 No comments: