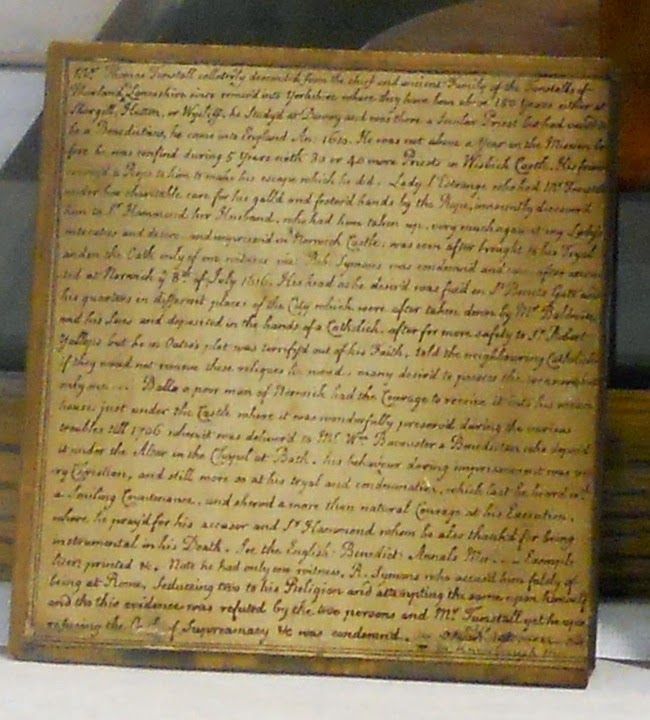 Within the frame of the Stonyhurst picture of Blessed Thomas Tunstall is a sliding panel on which is written a short piece about the martyr. Sadly, this writing is not dated yet it must have been written after 1706 (a date mentioned in the text), and before 1828 (the year in which the painting came to Stonyhurst).
The text tells how Fr Tunstall was held for four of five years in Wisbech Castle, and after his condemnation was held in Norwich Castle (not the old city Gaol, which I had previously indicated). And that at his execution he showed more than natural courage, and prayed for his accusor and thanked him for being instrumental in his death.
After his execution his quarters were displayed at various parts of the city. These were later taken down by Catholics in the city and kept there until 1706, when they were given to a Benedictine who placed them in an altar at Bath.
These few details about a young priest, originally from Whinfell, just north of Kendal in Westmorland, who gave his life freely for Christ just outside the Magdalene Gate of the city of Norwich, where Magpie Road meets Bull Close Road, reveal an extraordinary character and a saint, who has marked this country and the city of Norwich by his commitment to the Mystery of Christ. This is a glorious story, and the more we uncover about the lives of these Blesseds, the more we too can honour Christ and by changed by His presence.
There really should be a memorial to Fr Thomas Tunstall at the Maudlin Gate. This isn't a story to be kept in the dark or in secret. It is full of virtue and of light.
Grateful thanks to Stonyhurst College for the image and permission to reproduce it here.
Posted by Fr Richard Aladics at 10:58 No comments:

Earlier in the year I came across an old journal which had a reprint of a story which had originally been printed in 1736. The story was written by a Frederick Higbane who, in 1736, had visited Norwich from London, and had encountered a 'ghost' of the priest martyr Thomas Tunstall. Thomas Tunstall was martyred at Norwich, just outside the Magdalene Gate, in 1616 and was beatified by Puis XI in 1929.
Frederick Higbane's story is indeed curious. He was staying at an Inn (which he doesn't name) on Maudlin (Magdalene) Street, Norwich, and was struck by a portarit of a man which was hanging in his room. He didn't know who this man was. The following day, in the evening, he was near one of the old gates which lead through to the Cathedral domaign and noticed a shadowy figure who seemed to be beckoning to him. He drew near and, to his shock, saw that this figure was a man who had a terrbly bloated face, a rope around his neck and a knife sticking in his chest. The figure spoke no words and, as Mr Higbane withdrew, the figure vanished. 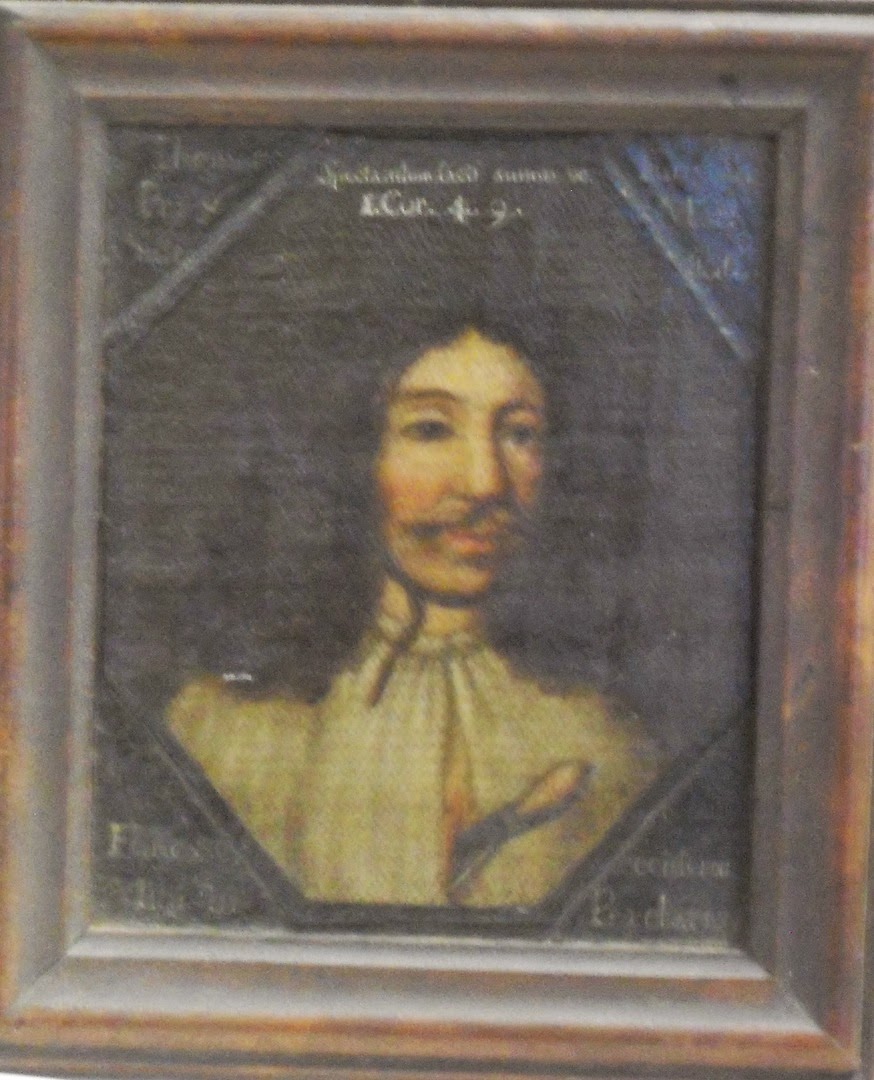 When he returned to his room at the Inn he immediately recognised the image that was hanging on the wall as the man that he had just encountered. He enquired in the inn if there was a Catholic priest in Norwich. He was directed to a priest who told him about the martyr, Fr THomas Tunstall, and where the martyr had been executed. Now, Stonyhurst College in Lancashire holds an old painting of Fr Thomas Tunstall which, unlike most paintings of the English martyrs that show them robed, presents this priest in just his shirt - as he would have been at the execution.
I don't know if this painting is the same one which was hanging in 1736 in a guest room in an inn on Maudlin Street, but, as far as I know, there are no other images of this martyr. Stonyhurst acquired this image in 1828 and, I acknowledge, with grateful thanks, the photograph of the painting which I include in this post.
The image is small; approximately 5 inches by 4 inches and is enclosed by a wooden frame. The abundant black hair and the mustache, together with the shirt, indicate a contemporary, if not eye-witness of the Martyr, at the moment of his execution.
The appearance of a ghost of the martyr in 1736 is curious since Fr Tunstall is amongst the Blessed. Perhaps Frederick Higbane's story has more to do with his own state of soul.
But let us also remember that "the saintliness of his demeanor on the scaffold produced a profound impression on the people." (Catholic Encyclopedia) Blessed Thomas Tunstall was living for Christ and gave his life as a witness to the saving Mystery of Jesus Christ. His self-offering stands forever before the Throne of grace - something that can be relied upon because it has opened up the Mercy of God; yes, to the people of Norwich, and to all of us.
Posted by Fr Richard Aladics at 11:45 1 comment:

Returning to the the great corpus. 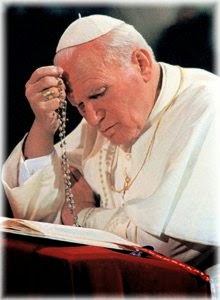 The recent Synod in Rome has kept inspiring me to revisit the extraordinary teaching about the family, given by Pope John Paul II in 1981, Familiaris Consortio and, in searching for my copy of that text, my hand lighted upon another Apostolic Exhortation, Ecclesia in Europa. This was the last of the five continental Letters which John Paul II wrote; The Church in Europe was promulgated in 2003 and, since this was the text which my hand first took from my book cabinet, I decided that I would re-read this Letter first.
A great gift of understanding and of counsel was given to this Pope and, as I take up this Letter anew - the first re-reading of a 'Wojtylan' text since he was declared a saint, I can now ask for his intercession as I read, asking him to guide my heart and my mind as I enter into this Letter again.
I remember reading this Letter ten years ago and being struck by the clarity and courage with which he wrote it. I ask now that his clarity and courage will enter into me as I seek to respond to the very circumstances about which he wrote.
I would like, in due course, to re-read all Pope John Paul's Letters and, this time, to rely on his heavenly patronage as I read.

Posted by Fr Richard Aladics at 17:16 No comments: