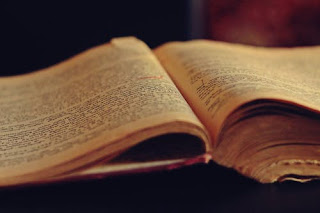 Having recently finished reading the third part of Michael Davies trilogy on the Liturgical reform - Pope Paul's new Mass - here are a few thoughts.
First, this book is a masterpiece. It is also a long read at 650 pages. But for anyone who wants to better understand what took place in the Liturgy of the Catholic Church in the 1960s, this book is essential reading. Michael Davies documents the whole process that surrounded those changes in that era. He was able to do this because of the depth of his understanding of the Liturgy, of Liturgical development, of the key documents of the Church, and of the strategies that were in play during the 1960s. The importance of this book cannot be underestimated. I imagine that book will have increasing importance as time goes on, when new generations will want to know what really took place when the Liturgy was changed.
Secondly, the author gives a concrete and detailed account of what happened in the immediate aftermath of the Council, when all the bishops had gone home. The author narrates the history of an agenda that took hold of the Liturgical reform after the closing of the Council, and of how that agenda became the driving force for unprecedented changes to the Liturgy of the Catholic Church. The author rightly notes that, although the Council had asked for reform, the changes that subsequently took place had been asked for by no one. Changes such as the eradication of Latin, the celebration versus populo etc, were expressions of a new form of clericalism that was on the ascendency, but without the vast majority of the faithful being aware of it.
Thirdly, this book shows how the new Liturgy of the Church was conceived in a rushed and somewhat botched way. So, alongside some genuine developments, such as the addition of new Prefaces, we also had the inadequacy of the 1st Edition of the new Altar Missal, which was withdrawn, the omission of the Rogation and Ember days, the sporadic incoherence of texts between the Missal and the Gradual, the absence of the Offertory Antiphon in the Missal etc. The new Liturgy then, appears somewhat as an interim Liturgy, a Liturgy that still requires attention. And there remains the unanswered question, why did we get a new Liturgy when the Council asked for a reform of the Liturgy?
My opinion is that the current status of the Liturgy needs to take on board the following:
1. The Church needs to come to terms with Pope Pius V's Bull "Quo primum tempore" and what this actually meant and means for the Church. Presently, this Bull has been shelved. But this Bull is essential because it denotes how the Liturgy has developed, and specifically, it embraces the 'lex orandi' as a possession of the Church, rather than as a possession of the Pope, which it is not. "Quo primum tempore" cannot be simply ignored or forgotten - only totalitarians would want to do that! This Bull is not merely a Canonical document; it is what it represents that must be newly acknowledged.
2. We need to revisit "Sacrosanctum Concilium", the Liturgical Decree of the Second Vatican Council, and appreciate what it actually taught. Essentially, it proposed the reform of the Liturgy - the old Mass. But the old Mass was manifestly not reformed, but relegated and dismissed, while a committee worked to invent a new form of the Mass and to impose it on the Church. Extraordinary! This is something that had never happened before. "Sacrosanctum Concilium" was given by the Church to enable a genuine and objective appreciation of, and reform of, the Liturgy of the Church. Michael Davies for one, argued that this never really took place, but that this Decree was cleverly used to disguise changes that the Church had never intended. So, as Pope Benedict asked us to do (on a number of occasions), we need to engage with this Decree.
3. We need to come to an honest understanding of the difference between what the Council asked for, and what took place, being able to appraise this in the light of the Tradition and of the 'lex orandi' of the Church. After all, this is something that used to happen up until 1969, and it is something that should freely happen again.
It is clear that the time to do this is not now. The present senior executive of the Church has no desire to review the Liturgical changes of the 1960s, which seem to be set in stone in a way that was never the case until the 1960s. Rather, a clericalist mindset of imposition and control is still proposed. The time for such an honest appraisal and review is around fifty years hence. That time will come, and with it a more Catholic appreciation of the Liturgy will flow, one in which the Catholic Faith will be better embraced and expressed.
Posted by Fr Richard Aladics at 17:23 No comments:

A Day with the Martyrs 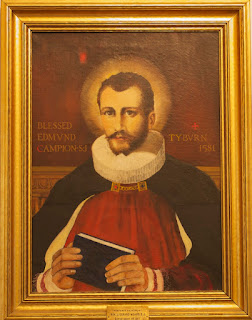 A pilgrimage day to honour St Edmund Campion, 1st December 2021. Holy Mass, lunch, short talk and Rosary Walk. This day is being held in the midlands. If you would like to take part, please contact me now as places are limited.
Posted by Fr Richard Aladics at 14:17 No comments: