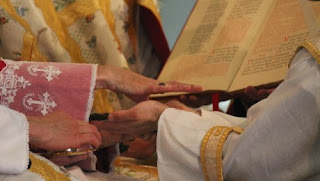 There is an excellent article in First Things about the nature of celibacy as an essential part of the Church's freedom "to occupy public space on her own terms". In this article Grant Caplan argues that celibacy is indeed much more than a mere discipline, still less, one that arose out of the Middle Ages. It is a very important point which he makes, one which takes the discussion out of the often subjective and parochial arguments which are made against priestly celibacy.
Clerical celibacy, he says, "is a spiritual discipline, and papal primacy a sacred office, that contend with secular power for control of our public reality. They point to a body neither circumscribed by national borders nor resigned to being a disincarnate, “mystical” body floating above time and space. This body, celebrated in the Eucharist, puts national boundaries and loyalties in their proper context."
This article also resonates against the present secular movement which seeks to change the nature of marriage. Secularism seeks to disassociate both the priesthood and marriage from contemporary living and relegate them to an antiquated way of living from which we are now emancipated. This article tells both the Church and secular society that what is at stake is not simply a human endeavour, but a part of God's plan, and that He is the Lord of history.
Posted by Fr Richard Aladics at 21:00 No comments: 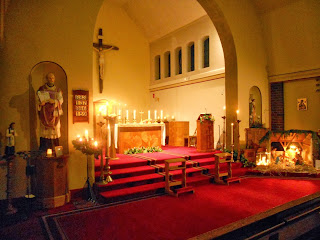 I took these photos immediately following the Night Mass of Christmas at St Ignatius' in Ossett, in the early hours of Christmas morning. We are very proud of the appearance of the church here, and it did look beautiful. Thanks to all those who made it so. 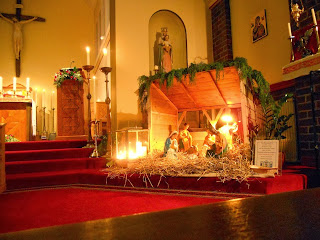 Posted by Fr Richard Aladics at 17:23 No comments:

The Days of Christmas in Ossett and Horbury. 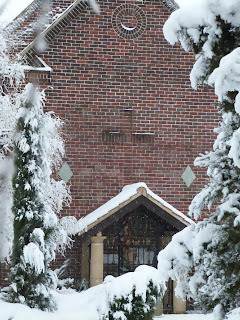 Posted by Fr Richard Aladics at 11:33 No comments: 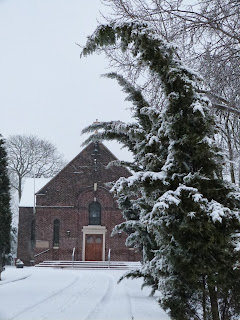 Posted by Fr Richard Aladics at 12:09 No comments:

The Mystery of God. 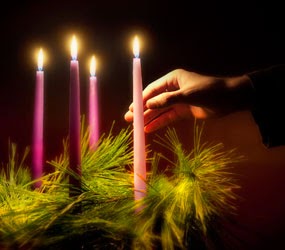 The third (and last) film which I am screening this Advent - "The Mystery of God": this Wednesday, 18th December at 7.30pm. St Ignatius Parish Centre, WF5 0DQ.
Posted by Fr Richard Aladics at 22:06 No comments:

Letters to the Editor.

I applaud John Smeaton's letter in "The Catholic Herald" this weekend; it is very well said.
Posted by Fr Richard Aladics at 17:35 No comments: 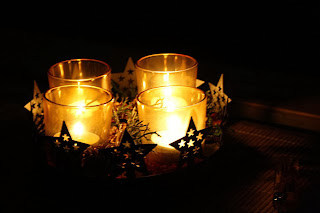 "Happy are we" - a 60 minute film for Advent which presents the beauty of the Christian life. 7.30pm this Wednesday, 11th December, at St Ignatius Parish Centre, WF5 0DQ.

Posted by Fr Richard Aladics at 07:56 No comments:

A feast for Our Lady. 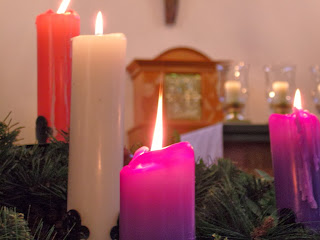 On the eve of the great Feast of Our Lady, on Sunday evening at 6pm we are holding a celebration for children of Year 7 and older. All are welcome. St Ignatius Parish Centre, WF5 0DQ.
Then on Monday, the Solemnity of the Immaculate Conception, Sung Mass will be celebrated at 7.10pm.
Posted by Fr Richard Aladics at 07:40 No comments: 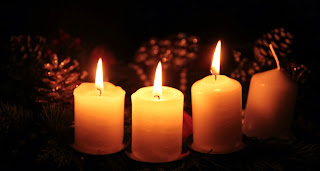 This Advent I am screening three one-hour films in order to give some added depth to our preparation for Christmas this year.
The first film, "Amazed at Revelation", will be shown on Wednesday 4th December at 7.30pm in St Ignatius Parish Centre, WF50DQ. There is open admission and all are welcome.
The other films will be screened on the following two Wednesdays at 7.30pm.
Posted by Fr Richard Aladics at 20:21 No comments: