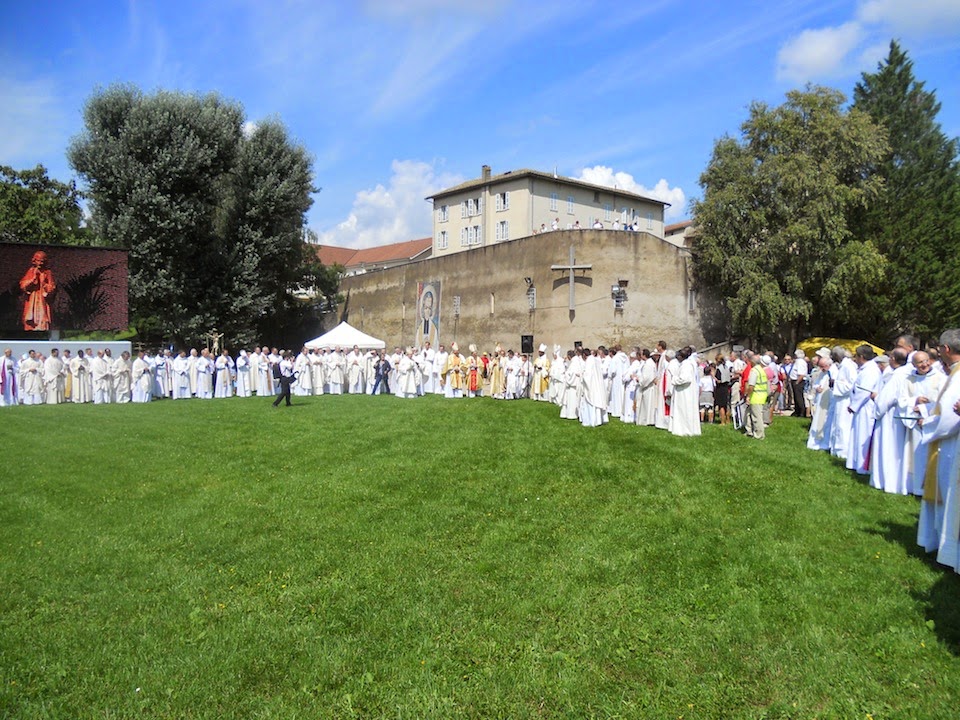 At the beginning of August I was in Ars for nine days, taking part in the Summer Session of the Society of St John Vianney. This session incorporates the feast of the saint, when hundreds of priests come and join us for the solemn Mass on 4th August. The photo above shows some of us after the Mass.
The theme of our reflections this year was priestly fraternity; bringing to the fore this essential dimension of the priesthood and enabling it to be lived within the Diocesan priesthood. What a tremendous grace this Society is!
However, the Society of St John Vianney does not see priestly fraternity in the sense of a caste or privilaged status, but rather, it is the humility and weakness of the priest which is the source of our brotherhood, set in relief by the sacrament of Ordination.
When you look at St John Vianney, you know what the priesthood is. He doesn't lead to a particular priestly spirituality, and for this reason he is the model for all priests. St John Vianney was all for Christ, and so claiming him as the model is actually opening ourselves to a universal model. St John Vianney is the answer to all the critics of the priesthood over the past fifty years.
It is the missionary witness of this Society which first attracted me and drew me to become a member, for it witnesses not so much to the man who is a priest, but to the reality of priesthood itself.
Our days in Ars were divided up between celebrations, trips out and time spent together with the Lord, and in reflection. One day we even went rowing on the River Saone at Lyons. It is a mighty river and I was surprised that no one fell in. I took this photo of the river before we embarked; boats and cameras don't mix well! 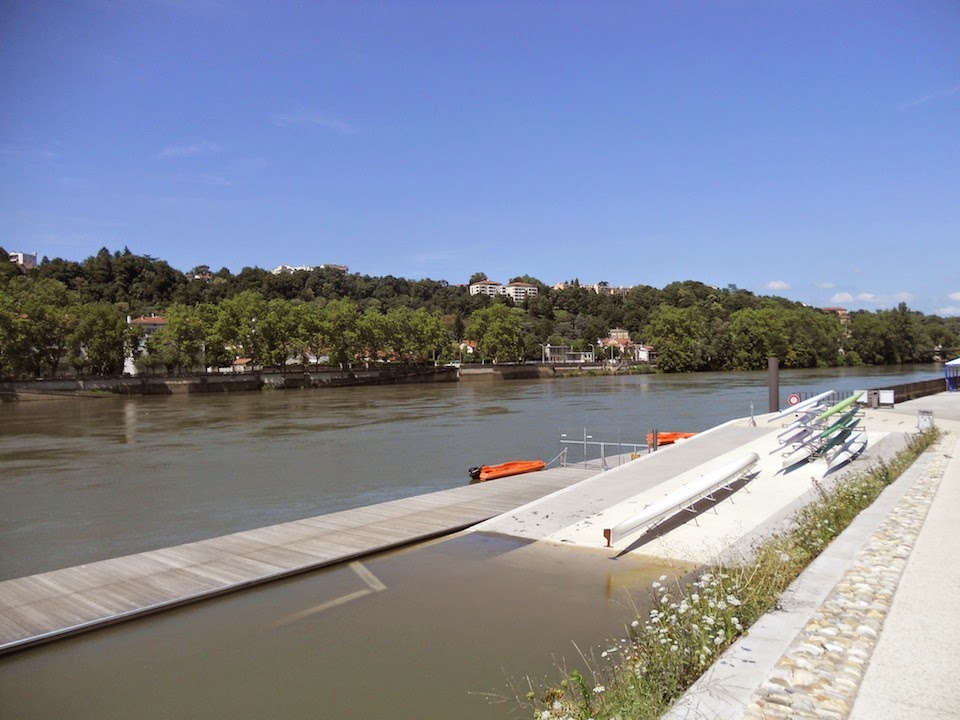 Posted by Fr Richard Aladics at 08:03 No comments: