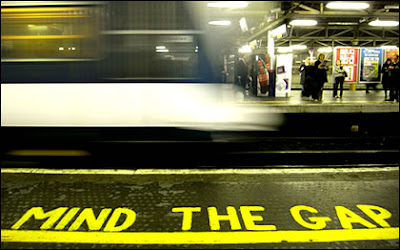 Tomorrow is the first day of my world tour; back in a few months.
Posted by Fr Richard Aladics at 07:16 1 comment:

A teacher of the New Evangelisation 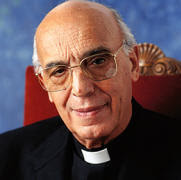 While I was at seminary in Spain, the archbishop of Madrid was Cardinal Angel Suquia. In 1992 he gave an address to the Spanish Bishops about the New Evangelisation; this address was published in the Winter 1992 edition of Communio. I would like to comment here on some of the ideas which he spoke about in his address. (The Cardinal died in 2006.) I recomend the original article to you, particularly if you have a good Theological library that you have access to.

1. First the Cardinal speaks about what the New Evangelisation is not. It is not the recovery by the Church of privilages she used to have in society. Nor is it a seeking to (re)impose Christian values on a pluralistic society. It is not a question of placing Catholics in strategic positions in society, nor a removal of the 'enemies' of the Church from places of power, so that Catholics can hold centres of power. The reason for this is that these ways of thinking imply, on our part, a lack of trust in the redemptive power of Christ. Such ways of thinking are actually an obstacle to the New Evangelisation, becuase by thinking thus we relegate our responsibility to witness to Christ, in favour of relying upon political, cultural or social influence. Indeed, many in our era have yielded to these ways of thinking, and today we see two strong, but impotent currents: those who identify themselves with the dominant culture (those who have indicated that we should allow ourselves to be evangelised by the culture), and those who have endeavoured to preserve a Catholic identity within a bastion mentality, thereby renouncing the significance of Christianity for humanity.

2. Secondly, the Cardinal speaks about what the New Evangelisation is. It is the proclamation of the Gospel to a humanity that is 'new'. 'New' because post-Christian humanity has lost the sense of the Mystery of God and of its own mystery. Today's culture has deformed our humanity, such that men and women today need to be 'touched' by the Redemption so that they can incarnate it into their lives.

In what then, does this 'newness' of proclamation consist? It means that the Catholics must stop trying to legitimise themselves through culture and society, and dare to be who they really are, living the Mystery of Christ. It also means that the Catholics must become the companion of today's men and women. To do this they must renounce their lack of understanding for all those false ideologies and ways of living which have wounded so many people in our age, so that they can be concerned for people as they actually are.

The Church of the New Evangelisation is a people that carries in its life the signs of the Redemption, a people whose communion and whose life is a testimony that the Redemption has happened in them. The New Evangelisation then, is not a witness to 'Catholicism', nor to Catholic culture or prestige, but is the call to witness to Jesus Christ who has freed us. Our riches lie not in our own resourcefulness, but are the riches of Jesus Christ, who is able to fill to overflowing the hearts of today's men and women, just as He did twenty centuries ago.