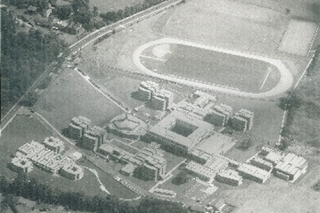 Back in the early-to-mid sixties, the vision for Catholic Education was developing magnificently. The campuses of Trinity and All Saints (pictured above) in Leeds, Newman College in Birmingham, and Strawberry Hill in Twickenham, and others, were being built or redeveloped.
The vision was that young people, aspiring to be formed in the heart of the Church, and possibly become teachers of the same Catholic vision, would enter into an integral formation of spirituality, faith and life, intellectual development, the formation of skills and abilities, living as Catholic men and women in separate formation houses, and finally being commissioned by a bishop of the Catholic Church to be agents of Christ in the various fields of employment, would enable the development of Catholic faith and life in this era.
That was the plan in 1966. When the doors opened to the first new students, the plan had already been set aside in favour of an accommodation with the secular vision that was developing in that decade.
What I describe is, no doubt, an over simplification of what actually took place. However, I state it in these simple terms because that vision, and that strategy, is needed today.

Posted by Fr Richard Aladics at 17:33 No comments:

The relationship between the Church and the Catholic school. 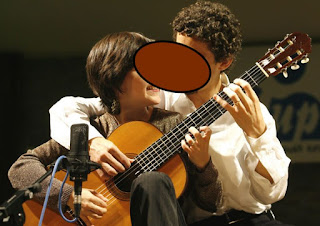 I am occasionally asked about this relationship - a matter deserving of proper thought and conversation by many, although such a thing is rarely the case.
Well, the matter was thought about and discussed by the recent Council. Its decree Gravissimum Educationis paints a great vision, in which this relationship is implicit. Paragraph 8 has the heart of it.

"Since therefore, the Catholic school can be such an aid ... " The relationship of the School to the Church is one of supporting the Church in her life and mission.

"But let teachers ... be very carefully prepared ... " The relationship of the Church to the school is to feed the school with evangelised, catechised and formed personnel to carry out that mission.

It is a very close relationship, one that was envisaged in the early 60s, a vision that is ripe for today.
Posted by Fr Richard Aladics at 16:53 No comments: 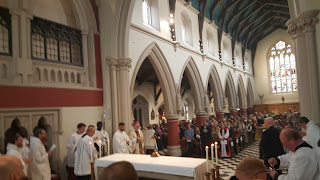 Today, Bishop Marcus celebrated Holy Mass to open and re-inaugurate the church of St Patrick in Bradford, the mission church of the Friars of the Renewal in the Leeds Diocese.
The Bishop was emphatic that this reopening was not a reclaiming of a past Catholic culture, but was a new venture for the mission of the Church today.
Many do not get, or do not want to get the new evangelisation, but Bishop Marcus does. The Friars of the Renewal now have an even greater base for being a centre of the mission today. Although they are not a parish, parishes far and wide can take their project as a model for themselves.
Take a look at the Friar's website: https://www.stpatricksmission.co.uk
I am so pleased for the Friars, who have worked selflessly for this enterprise, and which is now developing in a really encouraging way. Keep up the prayers for this arm of the Church - that it will go from strength to strength.
Posted by Fr Richard Aladics at 16:45 2 comments: 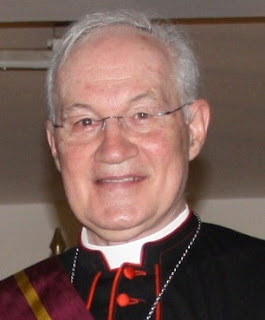 I love the title of Cardinal Ouellet's new book, "Friends of the Bridegroom", about the priesthood. That is how I have always wanted to think about myself, as a priest. I'll have to get a copy of this one!

Posted by Fr Richard Aladics at 18:13 No comments: