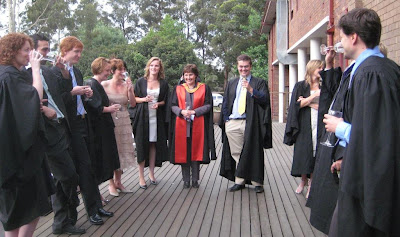 Friday 5th December was a splendid day for Campion College: our first Graduation ceremony, held in the Great Hall of the University of Sydney. The whole College Foundation was present and supported by a host of family, friends and supporters of the College. Our Third Year students shone with pride as a representative of the Prime Minister of Australia, Jason Clare MP, presented the degrees. Below are a selection of photographs of the day. Of course, I wasn't able to take photos during the ceremony itself - which was a pity because the Ceremony was magnificent - the Great Hall being a replica of Westminster Hall in London. 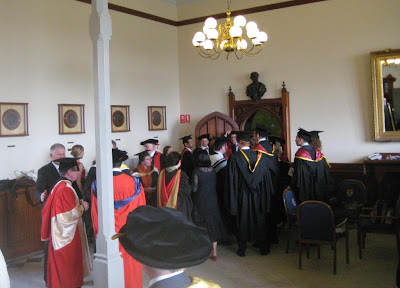 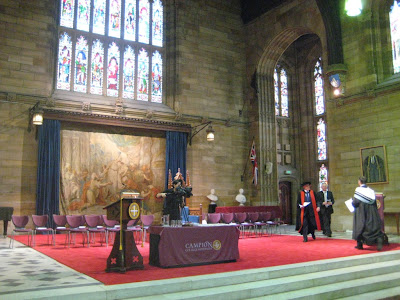 The Bishop of Parramatta, Mgr Kevin Manning, took part in the Ceremony which was presided over by the Chairman of the Campion Institute, Mr Joseph de Bruyn. 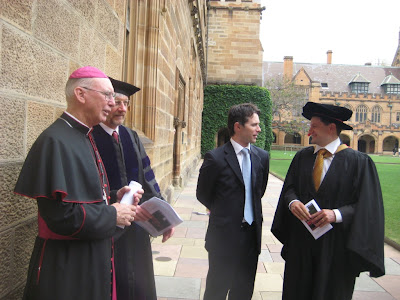 Below, I am joined by Mr Heywood the Registrar of Campion College. 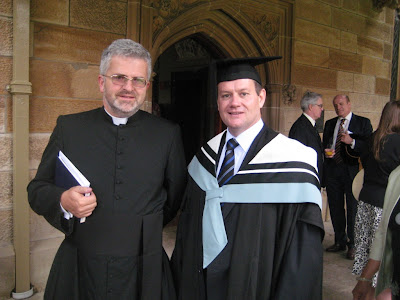 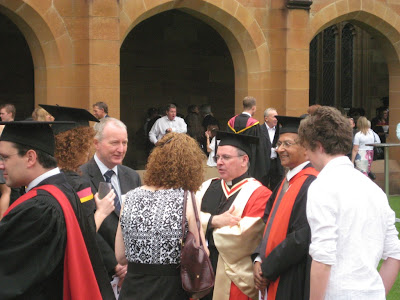 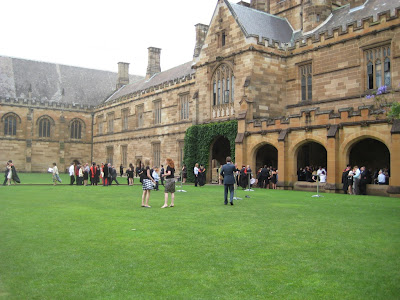 "Father in Heaven, we thank you for all the graces which you have given to Campion College, and especially for the joy of this Graduation Day. Hear the prayers of St Edmund Campion for us; lead our young graduands now to share their knowledge and to witness to your truth. Lead the College founded in his name so that it may be recognised by the quality of its learning and the constancy of its faith in Christ and His Church. We ask this through the same Christ our Lord."

Posted by Fr Richard Aladics at 11:16