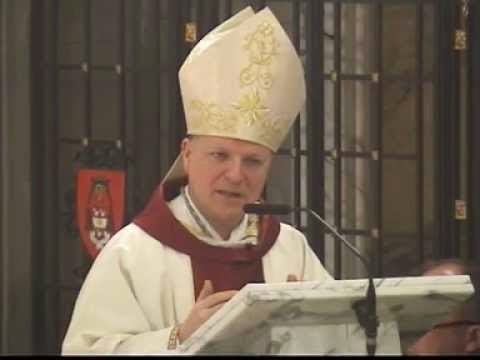 Bishop John Keenan of Paisley has spoken about the High Court ruling over the two Scottish midwives, who were seeking the protection of law from being involved indirectly with abortions in the hospitals they worked in. The High Court has ruled against them. However, Bishop Keenan's words, the text of which I include in its entirity below, distinguishes with clarity the two cultures which today stand side by side, one is a culture, the other, an anti-culture - he says: "We should be in no doubt that this was a battle between competing proposals of the kind of country we want: a project propping up a culture of death by means of oppressing any legitimate opposition to it or a vision promoting respect for the life and freedom of all peoples." His tremendous words here unveil, as it were, what is real and true in the midst of an inauthentic version of human life which we all daily jostle with. And, in so doing he points to true human culture as the only viable course for us. Indeed, he says, it "is surely only a matter of time" before the anti-culture in which we live will be overturned - as has been the case with every single ideologically led civilisation. Enjoy digesting Bishop Keenan's words.


I read with disappointment and concern the United Kingdom’s Supreme Court judgement against two Scottish midwives, Connie Wood and Mary Doogan, who have today been denied their basic human right to freedom of belief in the course of their employment in the NHS. In short they have lost their jobs because they were pro-life. At the same time the courageous and convincing witness of these two women, ready to take on the might of the establishment no matter what the personal cost, makes me and many others more certain than ever that the final victory of a free and pro-life generation is surely only a matter of time.
Years ago Connie and Mary went into the midwifery profession following a call of the heart to be there for mums giving birth to their children. They devoted themselves to this work faithfully until the NHS management decided to move an abortion provision into their unit and demanded that they made up the abortion rosters. When Connie and Mary made a request to be exempted because of their beliefs they were refused, with the ultimatum that they would be sacked if they did not comply. The NHS management pursued the case all the way to the highest court in the land at the cost of hundreds of thousands of pounds of taxpayers’ money. Mary and Connie had to fund their own legal costs. Today the Supreme Court backed their NHS managers and Connie and Mary lose their jobs even though it would have meant the most minor of adjustments by NHS managers to get other nurses to see to the rosters. So let us be clear right away that this case was not about depriving women of abortion services. It was about forcing nurses who had trained to deliver babies to become involved in medically killing them. We should be in no doubt that this was a battle between competing proposals of the kind of country we want: a project propping up a culture of death by means of oppressing any legitimate opposition to it or a vision promoting respect for the life and freedom of all peoples.
When Pope Francis addressed the European Parliament last month he spoke of a once great Europe that used to have confidence in humanity not so much as citizens but as men and women whom it respected as persons endowed with transcendent dignity. This same Europe, he said, had somehow become old and haggard, less an innovator of a better world and now increasingly aloof, mistrusted and even suspect. He added, ‘What kind of dignity is there without the possibility of freely expressing your thought or professing your religious faith? What dignity can there be without laws to limit the rule of force’ over the freedoms of others.
The decision handed down today, the collaboration of supreme judges and NHS managers, is that of an old and tired establishment that has run out of ideas and vision as to how to bring about a brighter and better future for our people. Having committed itself to supporting a culture of death in the past generation it now sees that to preserve this culture into the next generation it has to become an oppressor of the basic human freedoms of ever increasing numbers of its citizens and all, with ultimate irony, in the name of being pro-choice. It has ended up in an intellectual bankruptcy plain for all to see.
Out of all of this, however, two of the most genuinely unlikely of heroes have emerged. Today Connie and Mary have lost their jobs, their livelihoods and their legal arguments but will have won the respect, good will and admiration of thousands upon thousands of their fellow citizens up and down the land who work and hope for a better world tomorrow, for a society that celebrates heroes who refuse to be silenced as a voice for the voiceless and who will stand up for human life and freedom, whatever it takes, against any reactionary forces peddling their worn out logic of meanness and fear.
As Pope Francis said; “In many quarters we encounter a general impression of weariness and aging, of a Europe no longer fertile and vibrant. . . which once inspired but seems to have lost its attraction, having been replaced by the bureaucratic technicalities of its institutions. Such an establishment has lost its right to inspire the young.’
Connie and Mary, on the other hand, will, without doubt, some day be seen as pioneers of a fresh start, as inspirational staging posts for a new generation determined that it does not have to be this way.

Posted by Fr Richard Aladics at 16:48