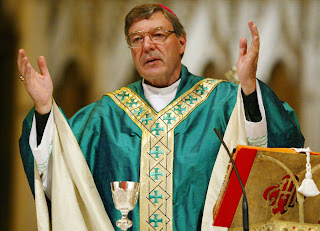 The Archbishop of Sydney, Cardinal Pell, has been cleared of contempt of parliament for comments he made on the Human Cloning Bill he made earlier this year. In a statement he said:

"My comments on the Human Cloning Bill were derived from the conviction that Parliamentarians who legislate for the destruction of human life (in any circumstances and especially in this case where no cures from human embryos have been effected during many years of research) are acting in a way that departs from the principles of both the natural law known through human reason alone and Christian teaching. The natural law principles and the teaching in question are that human life should be accorded the full protection of the law without regard to race, ethnicity, sex, religion, age, condition of dependency or stage of development. I put forward this moral argument as a contribution to the public debate because it is rational, an argument open to acceptance by all people of no religion and any religion. I was not asserting some supernatural dogma beyond human reason and seeking to impose it on the general community. It would be a sad day for Australia if only members of the Christian majority accepted the unique dignity of the human person. But this is not the case. Defenders of human life -- from conception to natural birth -- come from every section of the Australian population.As a Catholic archbishop I am also charged with ensuring that Catholics know the moral teaching of the Church. The Church's teaching on cloning states that the cloning of a human being is wrong and cannot be justified by any known or imagined effects. The Church also teaches that destructive experimentation on embryonic human beings -- cloned or otherwise -- is an intrinsically evil act, because experimentation involves their dismemberment and therefore mutilation and death."

In taking this position Cardinal Pell has thrown much light on the relationship of the Church and society - if only we had had such a reasonable King and Queen and Parliament in the UK in the 1500's! Nonetheless, Cardinal Pell has done a great work in expressing the vocations of a Catholic Bishop and of a Catholic in today's world. He has challenged, correctly and courageously, Australian society, represented by its Parliament, and he has thrown essential light upon the Cloning issue - light which otherwise would have been missing from the debate. All can see more clearly now. What a great leader he is!

Posted by Fr Richard Aladics at 12:04