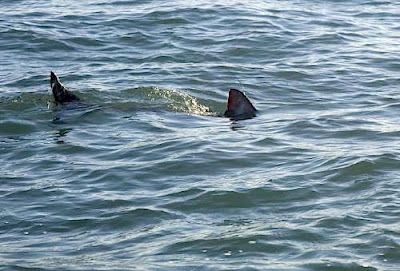 Apologies for having been away from the Blog for so long but, after a tremendous break in the UK, I have finally made it back through shark-imperilled waters to Sydney and am now able to continue posting. While I was away there were, as you will have no doubt heard, five shark attacks in Australian waters, one of them fatal. So much for all the talk which I have heard about there being no danger when swimming in the sea! 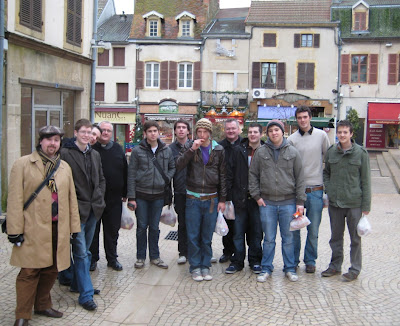 After just a few days in England Fr Julian and myself took a group of lads to Ars, France - our second Friends with Christ Pilgrimage to this shrine. On this occasion Fr Stephen Langridge joined us for this pre-Christmas enterprise. It occured to all of us what a wonderful thing it was to be away from all the intense secularism that takes place just before Christmas and instead to be spending some days in the village of Ars and Paray-le-Monial in prayer and fraternity. It was a special joy for me to return again to the chapel of St John in Paray for a silent Hour of Adoration with our whole group. This image should be familiar now to all readers of this Blog. 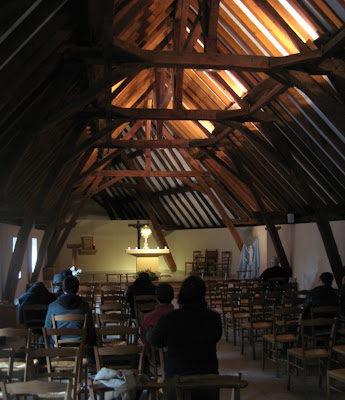 Because we stay in the seminary at Ars we can only take lads on pilgrimage here. The essence of a Friends with Christ Pilgrimage is to visit a Shrine and to focus on our common vocation - which is to be a friend of Christ. One of the ways that we do this is to share our own friendship, as priests, with young people. In fact, the lads on this particular pilgrimage commented afterwards how important it had been for them to see the three of us priests united as friends. 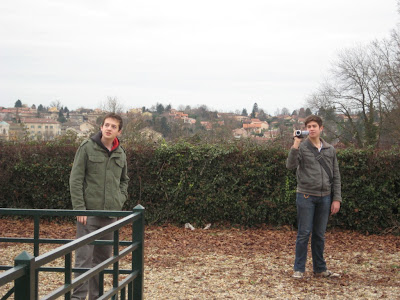 The much acclaimed videos fimed during this Pilgrimage which have appeared on Facebook are a tribute to skill and inventiveness of their creators. Even though these excellent films convey almost nothing of what we actually did together during those three and a half days in France, they nevetheless reveal a variety of skills which these lads possess and which the Lord can use in the New Evangelisation. The photo above captures a moment when Matt and Kieran were filming at the monument of the "Rencontre" in Ars - sadly this segment has not yet been put on Facebook. However, I imagine that this monument and its significance will last considerably longer than Facebook. It was a wonderful Pilgrimage and we three priests were struck by the character of the young people who the Lord is forming in the Church in the UK; they are a tribute to their families also.
Posted by Fr Richard Aladics at 08:15

Good to see you back Fr., our Phil said Ars was awesome! Thanks for making it possible.

Don't worry Fr Richard. We'll try and get some footage of the real pilgrimage up soon! As you say it was a great time, a real time of grace. And, I'm sure, another solid step forward in the path towards priesthood for some of those who came with us.
Please don't get eaten by a shark, stung by a redback, attacked by a funnel web, bitten by a snake, tread on a stone fish, or have your guts ripped out by a 'Roo. We look forward to having you back over here again soon!