A Congress of the young Church

iwitness 2009 - a congress for young Catholics was a very impressive event. Held at Collaroy, overlooking one of Sydney's northern beaches, it drew 250 young people from around Sydney as well as a small number from other states. It reminded me of the many Youth 2000 festivals which I have been a part of in the UK in the past. The Liturgy however, at iwitness was a few steps up from that of Y2K. 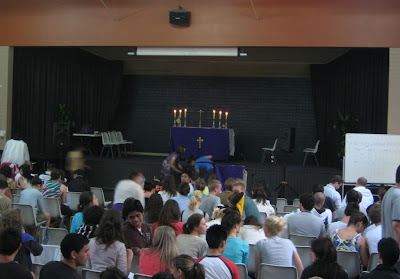 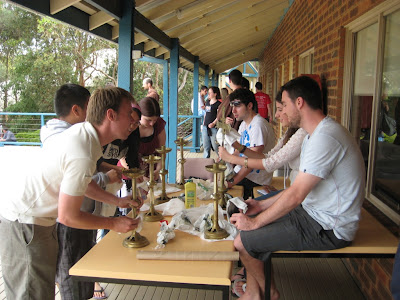 iwitness (2008) was created last year by a group of young people as a spontaneous response to World Youth Day in Sydney; young people stepping forward as a new generation of leaders and enabling others to become leaders too. School-leavers, uni students, graduates and those newly employed took part, all seeking a richer life of faith in the Catholic Church for themselves and their peers. iwitness is just one way in which young people in Sydney have responded to Yorld Youth Day and which has been embraced by the Church. 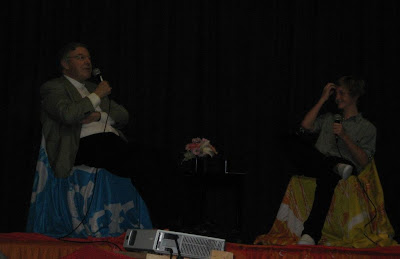 The Cardinal was interviewed, on the last evening of the Congress, by the youngest participant, Tom. Bishop Porteous came on the last day to celebrate Mass for the delegates. A range of speakers came and delivered some very impressive and well received talks.

The days were punctuated by prayer. A very fitting adoration chapel was established, with the Blessed Sacrament exposed from late evening till early morning each night. 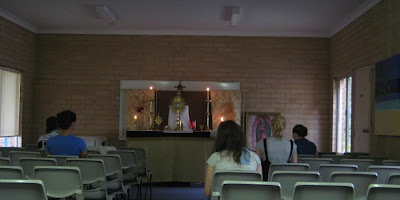 On the Saturday afternoon we all took part in the iwitness pilgrimage. Teams of young people pitting themselves against one another in a range of outdoor challenges. It fell to me to administrate the hilarious Thunder Volleyball challenge - using water-filled balloons. Behind me was the Water Slide and, to the front, a panoramic view over the Pacific. 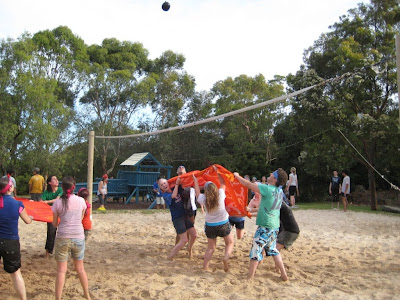 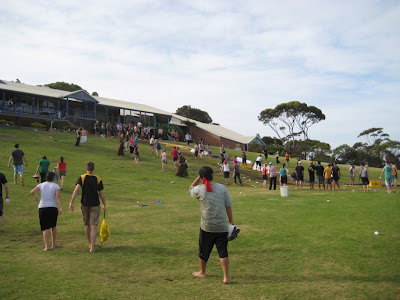 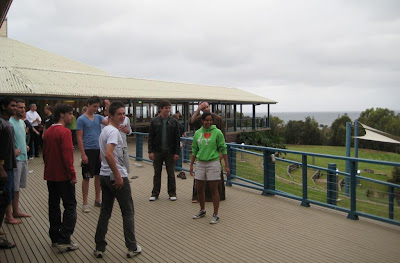 We are all extremely grateful to the iwitness organising team for what you have given to the Church in Australia. You have begun something very powerful here which God is using to build up His Church. What a tremendous place for young people to come together to encounter Christ and His Church, to spend time with one another. This is one of the finest Catholic events for young people that I have taken part in. Thank you!
Posted by Fr Richard Aladics at 19:49