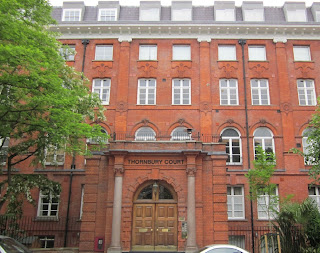 In the spring of 1965, some months before Corpus Christi Catechetical Institute opened, Fr Peter de Rosa, who was to be the Vice-Principal, published a statement about how the College saw itself and its work. This was printed in The Tablet on 1st May 1965. I include a part of this statement below; you can read the whole text on-line. It makes very interesting reading and, to the unsuspecting, seems to present a very credible and exciting prospectus. I have inserted a couple of comments of my own, in brackets, into the text.

Posted by Fr Richard Aladics at 13:25

Is this the same Peter de Rosa who left the priesthood, was involved with the TV show Oh Father and is now an anti-Catholic?

Poor Enda McDonagh; 10 years ago he (already in retirement) gave an STL course in Maynooth. Not one of the young priests in his class took his view of morals seriously and even the nun-in-mufti demurred when invited to take his side. Times change, I suppose.