Through the prism of pragmatism 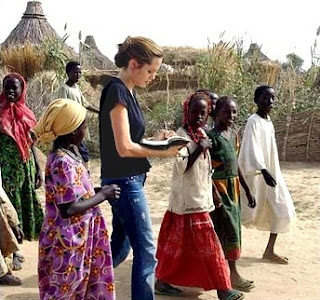 Not having a television I often listen to the Radio and, in particular, to the BBC World Service. This channel presents a welter of affairs and issues from around the globe, including global ones. Here the BBC demonstrates its cleverness at being able to take whatever human issue or concern and channel it through its ever-so sophisticated secular-pragmatist filter so that every issue can be understood so perfectly, without of course, mentioning God or truth. You know that this is the case when every programme or presentation by the BBC concludes with 'paralysis by analysis' - that we can claim to understand an issue, but we cant resolve it.
Here lies the challenge for a Catholic Radio; one which is based upon truth, and God's truth for that matter. (After all, since Christ we know that God's truth is a mediated truth.) The field lies open for a Radio which does not conform to the subjectivism of the age, still less to Anglo-Saxon, Elizabeth I-inspired, pragmatism, but rests upon the axis of human affairs and truth. This is not to say then, that a Catholic Radio would be a religious channel, but rather, that it would present any human issues and affairs upon the basis of truth (not, so-called 'media truth', but truth) and seek to present a solution to human affairs (which is what truth does).
So, for instance, the question of Climate Change, when in the hands of the secular media, presents us with an issue for neurotic concern, could in the hands of a Catholic Radio, open us up to the plan of God in Creation and in the Redemption. Indeed, the question of Climate Change is intimately connected with man's reconcilaition with God. Such a work would require a completely new way of understanding journalism and producing (particularly for the Western World). We are going to need a lot of self-sacrificing staff to bring this about - are you up for it?
Posted by Fr Richard Aladics at 14:48

Oh yes. It'll be like falling off a log. Like standing in the witness box in court, only you can add some jokes as well and play some music. The truth, the whole truth, nothing but the truth, a few laughs (about climate change,)a few arguments, thankyou and goodnight. easy. When do we start ?

We've started already. I got going on this back in 1996. Sounds as though you also Bernadette are some way down the line with this. The question is who is going to take the next step forward?

Well it would help if we had a transmitter frequency, Fr.....

Failing that, it`ll have to be a pod-cast. Not radio at all in my view.