The following of Christ

In the great movement which is the New Evangelisation the parishes are called to respond in a new and radical way. In this fifth post about this subject I want to speak about our parishes and their responsibility at this time.
Parishes sprang out of the last era of evangelisation when, after the Christianisation of the Roman Empire, missionaries went out into the countryside and evangelised the rural peoples (pagani). In those places where the faith was embraced and became integrated into the culture of the people, the local Bishop would establish permanent communities of faith (parochii) at whose heart was the celebration of the Eucharist. 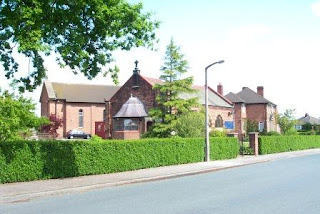 Parishes have then, endured for many centuries; the Catholic parishes of England and Wales represent a part of the last thrust of that era of evangelisation.
Today however, faith and culture have come apart (that is why we need a New Evangelisation) and the lack of integration of faith in a particular community is now a cause for concern. We have parish buildings, but they are used, for the most part, only as structures for the fulfilment of Sunday Obligation. In some cases parishes have become centres of social activism, reducing the Church to being a exclusive club for its members. The focus of such parishes is generally neo-Pelagian spirituality and social issues. In other cases parishes have become merely Mass centres - in these instances, people will come to pray and to take part in the Mass but are closed to any further engagement with the Church. Neither of these responses is adequate, and both are actually closed to the New Evangelisation. Occasionally, one hears of a parish which is responding.
Ultimately I would like parishes to be able to respond to the call of the New Evangelisation, but I think that generally they are actually having to respond to the reorganisation and rationalisation processes which are taking place in many of our Dioceses.
Ours is not a stable era; we have a changing population and changing needs. The need today is not so much to reorganise the structures and the buildings, as it is to put in place the elementary needs for the following of Christ: centres and schools of prayer, of Formation, of Mission, and to build up individuals and groups within an area - to build the Church upon people, people who are open to the call of the New Evangelisation (conversion, personal holiness, mission, knowledge of the Faith). Again, it was Cardinal Ratzinger who remarked that those who were responding to the call of the Second Vatican Council are the Ecclesial Movements. In the light of the New Evangelisation there will be a general restructuring of parishes. Some will close, some will be given time to change, some will become beacons.
A Saint for this age is St Catherine of Genoa who, when things were beginning to get a bit iffy at the start of the Protestant Reformation, decided she had to do something positive for God. She was a housewife and she began a prayer-group in her house. Little did she know at the time, but she was single-handedly beginning that great movement of holiness in the Church which we now rather prosaically call the Counter-Reformation.
Posted by Fr Richard Aladics at 16:11