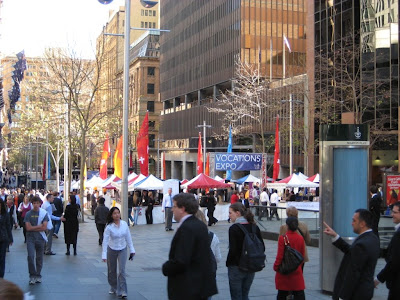 During WYD SYD a huge Vocations Expo was held on Darling Harbour, during the Scene Congress a smaller but very enterprising Vocations Expo was held in Martin Place - the central pedestrian precinct of the CBD. Around fifty Communities, Movements and groups in the Church established themselves in the heart of the public domaign for three days of the Congress. On the first day, Monday, there was a sense of surprise in the air, that Catholics had 'taken over' this important area of the city, but over the course of the next two days the mood relaxed and many who were either curious, intrigued or simply very interested came to investigate and to speak with those who were running stalls. 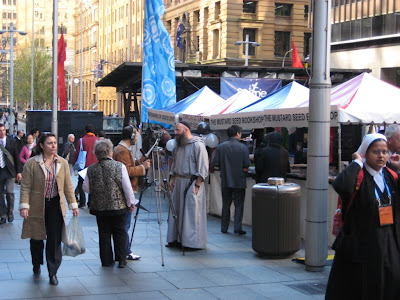 The Vocations Expo was a tremendous success - a success in terms of the Church presenting herself with a friendly face in the heart of the city. We were grateful to veteran street evangelisers like the Friars of the Renewal for their presence. And of course, there were the stories which came back each day. One about a group of three smartly dressed Sydney businessmen who had approached the Friars and asked how they could join the Community. Another, of a business who on being handed a Miraculous Medal, at first put it in his pocket, but later came back to the giver and asked for it to be blest before secreting it more carefully in his wallet. The Martin Place Vocations Expo represents the 'can-do' mentality which is prevelant in the Australian Church. Street Evangelisation took place in other parts of the city and was often animated by musicians who gave of their time and talent. Even late on into the evening you could encounter large groups of delegates who were so enthused by the Congress that they had wanted to share their enthusiasm and grace with other city users. 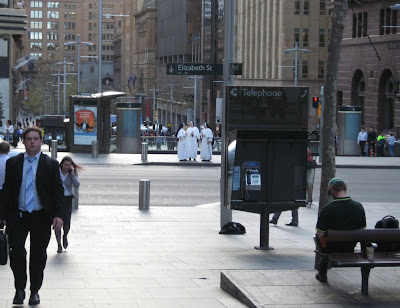 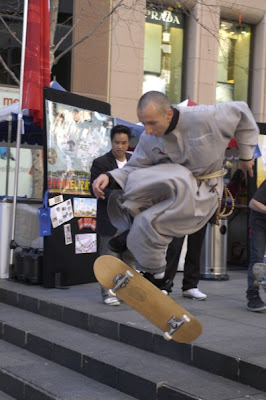 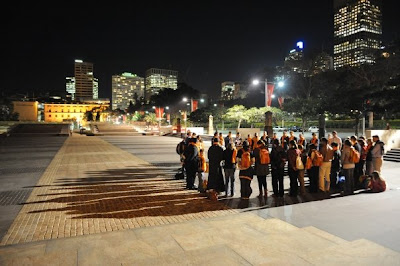 Posted by Fr Richard Aladics at 07:02