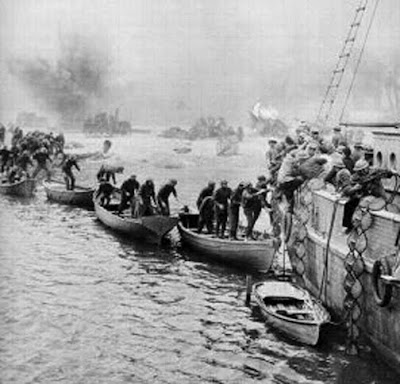 What has happened to Britain since the War? Dunkirk - virtue and nobility. The new government - a Minister claims expenses on behalf of his lover and the resigns. At Dunkirk the British showed themselves at their very best in modern times; nearly seventy years on and the signs are not so good. Indeed, Britain's contemporary liberal society and its parliament is going nowhere. We have totally misplaced our hope, and our new Government reveals the bewilderment of a society which cannot see the truth. At the heart of this lies the stark fact that while ever the claim can be made that we can decide who can be killed, which we do in the Abortion Law, we will not be able to attain that progress which the British Expeditionary Force, in 1940, faught and died for.
Posted by Fr Richard Aladics at 11:10