The awakening of a tremendous ministry 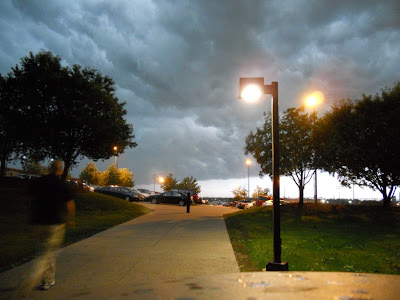 The Course which I undertook at the hands of the Institute for Priestly Formation in Omaha was called "A seminar for seminary Spiritual Directors".
The ministry/charism/gift of Spiritual Direction is something that I have been a part of since before I went to seminary; first in receiving spiritual direction, then later in giving it as well as continuing to receive it as a priest. Yet, I was never introduced to a vision of Spiritual Direction, nor led to better undertand it. I really do take my hat off to the IPF for having created the opportunity for the sharing of skills and insights, inspiring a greater appreciation of the nature of Spiritual Direction, especially in the context of priestly formation.
The Course was given by three priests: Fr George Aschenbrenner SJ, one of the founders of the IPF who, for many years now, has lent his considerable experience and skill to supporting the Diocesan priesthood. Fr Joseph Kelly of the New York Archdiocese, an experience seminary SD who originally fashioned this Seminar, and Fr Vincent Fortunato OFM, a seasoned director with a particular gift for teaching. We course participants are indebted to these three priests who 'took the lid off' the world of Spiritual Direction and guided us towards a much greater vision of this ministry.
I had expected that most of the priests undertaking the Seminar would have been mature, experienced priests, and yes they were there; but there were also many young priests, already sensing the importance of refining their skill and aptitude for this work. Every priest is a Spiritual Director by virtue of Ordination, but this ministry is so important that it should have special training and formation. And how wonderful that priests can develop their skills as directors in the early years of their priesthood. I wish that I had undertaken this Course some fifteen years ago!
The Seminar was given alongside afternoon sessions dedicated to presenting us with the whole vision of Diocesan priestly spirituality which the IPF has developed and which they form the seminarians in. The afternoon sessions were given by Fr Nicholas Rouch and Mgr Rob Panke, both gifted teachers and experienced priests who expertly led us to link Spiritual Direction with a concrete vision of priestly spirituality.
We were awoken to the tremendous nature of Spiritual Direction during this three week Seminar at Creighton University, Omaha, and I am indebted to the Sydney Archdiocese for giving me the opportunity to be a participant. I whole heartly recommend this Seminar to other priests, whether you work in the Internal or External Forum, or in a parish. The Seminar is first and formost a priestly experience.
The photo above shows the clouds gathering as a storm formed over Omaha and we were all called down to the basement; but no tournados developed. The photo below was taken some 30 mins drive outside Omaha; the bison of the great plains, still around, magnificent, if somewhat primordial in appearance. 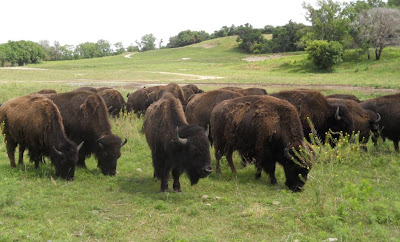 Posted by Fr Richard Aladics at 10:12