A priestly movement in Nebraska 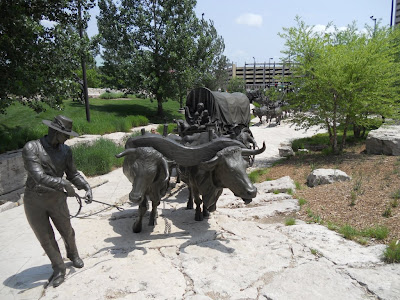 In June I flew out of Sydney and across the Pacific to take part in a course at Omaha, Nebraska. Here at Creighton University the Institute of Priestly Formation runs its summer sessions, comprised of a whole raft of courses and retreats for Diocesan priests and seminarians, with a special focus for the priest agents of priestly formation. This year was the seventeenth year that they have run their programs.
Briefly, the Institute for Priestly Formation was founded to assist bishops in making spiritual formation the heart of Diocesan priestly formation. Before arriving in Australia, just over three years ago, I had never heard of the IPF, but on reading some of their publications I was immediately struck by the endeavour which the IPF has made to form and renew the Diocesan Priesthood. And, speaking as a member of the SJMV (who have a similar endeavour), I was immediately enthusiastic about going to Omaha when I was offered the opportunity by the Good Shepherd Seminary here in Sydney.
I arrived in Omaha to find almost two hundred seminarians and about fifty priests taking part in summer courses. I was joining sixteen other priests participating in the "Seminar for Seminary Spiritual Directors". The concern for, and the joy of embracing the Diocesan Priesthood was palpable on the campus of Creighton University, which was almost totally given over to hosting the IPF courses. In Omaha city centre we encountered the magnificent bronze scuptures depicting the first pioneer wagon trains to cross the great plains (photo above), and the hugely swollen Missouri River (photo below), during its worst flood in 150 years. I'll post again, commenting on the course which I took. 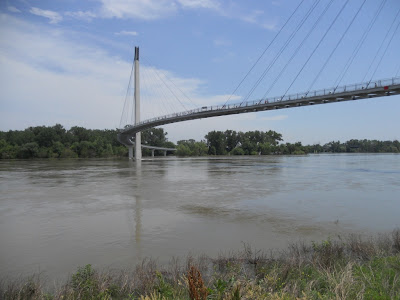 Posted by Fr Richard Aladics at 23:26