The Holy Father on Education 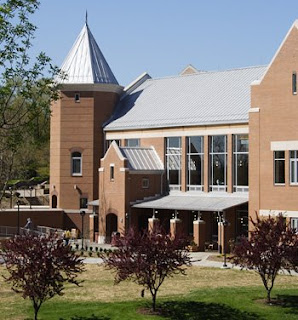 Fr Terence Henry, the President of the Franciscan University, Steubenville commented on an address given by the Holy Father on 19th April during his visit to the United States. "The most powerful point he made in his entire speech," said the Franciscan, "is that Catholic education is not just a matter of numbers, but conviction. That, in other words, knowledge is not just an intellectual understanding of facts, but it is a lived expression of reality.""That is what I see so present on our campus everyday, that because our students are convicted, they want to bring their whole selves to the playing field. To have three Masses a day packed with 500 students in each one, is a living out of the conviction." Father Henry said the Holy Father also explained, "The fullness of truth opens up for a young person the adventure of life. To see life as an adventure, as something that comes to you, then it is exciting. I think one of the chief causes of death for young people is suicide. They despair because they are drowning in the secularism and materialism." And for those who don't despair, they are bored without knowing the adventure of life with Christ.
Why are we not looking to build this kind of culture in the UK? What are we waiting for?
Posted by Fr Richard Aladics at 09:42

I think there are pockets in the UK where people are trying and often succeeding in building it, in their families, in the workplace, in schools, but hundreds of little campfires get extinguished fairly quickly. I suppose it is all working to build the big bonfire at some point. Material comfort is helping to make sure the campfires don`t connect yet.

I think that you're right Bernadette - I think however that we should all be working together, or at least in contact through a network and through periodic Congresses.

Back in 1995 I started a magazine for 'Catholic teachers, parents and school governors', called MENTOR. At its height it had a circulation of 3,000 financed partly from advertising. But when we asked for subcribers, we discovered that only about 400 schools (out of over 3,000 RC schools in the UK) were interested, and very few individuals.

Eric Hester was editor, and Brother John Moylan from Australia wrote a lot of articles. It was really a great magazine, and beautifuly produced, but it was not economical. However, it led to the creation of the College at Chavagnes, and most of our first teachers and supporters had been involved with the magazine. And that was a good thing: we now have an (albeit small) Catholic educational community that is able to live by its Catholic ideals, even if it is hard work.

In the end , MENTOR folded after 8 heroic years and dozens of issues.

Do you folks feel that this should be started up again, perhaps online? We could maybe archive the old articles too. I have some good 'catholic-education' domain names that could be used for this.

Would be glad to hear your thoughts.

Ferdi, I would say yes to this. An online resource is virtually free and therefore doesn't need a lot of funding and sponsorship. Secondly, it is very important that direction and leadership be given with respect to Catholic Education. Catholic education is something which today needs vision. You should not "drop the ball".