Strangers and pilgrims in a foreign land 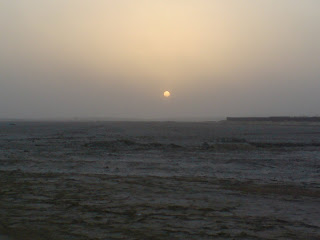 Well, I'm back from Abu Dhabi. I have to say that it has been a tremendous experience. Just thinking about it today, the one experience which I valued very highly was being in a place where faith and culture are so united. Here in England, and in western Europe in general, probably the greatest crisis we have to deal with in the New Evangelisation is the separation of faith and the actual way of life that people lead, that is, their culture. In UAE, whether Christian or Muslim, the people are seeking to live the faith they profess. There is none of the false dichotomy between faith and culture because there is no secularism. Yes, there is plenty of wealth and consumerism. But these stand side by side with a conservative religious mentality rather than going hand with hand with a ferocious secularism, which we take for granted in the west.

One thing which surprised me greatly in Abu Dhabi is the number of immigrants. The indigen 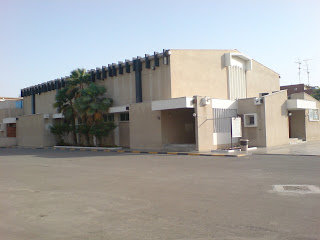 ous Arab population is less than 20 per cent of the total population, and immigrants coming from south Asia are in the majority. Among these, the populations of Catholic Indians - chiefly but not exclusively from Kerala and Goa - and Philippinos are very visible at all levels of society, and possibly form as much as 10 per cent of the population. Despite this, the social and religious conservatism of the Arab population means that the Christian churches are only tolerated and not given real freedom. This leads to the Catholic Church being made really into a ghetto religion - allowed only one Church within an enclosed compound, right next to the Anglican compound and a larger and more ornate Coptic church. All these churches are kept on one site 'under the protection of', or rather, under the dominating presence of, a larger and more imposing mosque. So while the Catholics, who number several thousand, all attend one small Church, and have to endure Mass in the glare of the Arabian sun, the small number of worshippers at the next door mosque, who are rather spoilt for choice when it comes to choosing where to pray considering that there is a mosq 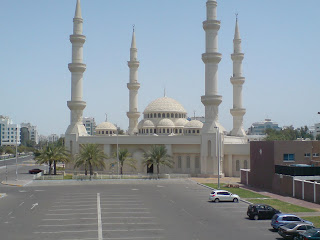 ue on every street corner, don't allow the Christians forget that they are strangers and pilgrims in a foreign land. The small size of the church in Abu Dhabi hides the vitality and number of the Catholics who form the community there. In Dubai, I understand the community is even stronger, with 60,000 Catholics making their Easter communion on Easter Day this year at one church. That's more than in a number of dioceses in this country. At St Joseph's in Abu Dhabi, there were 7,000 who attended the Easter Vigil alone.

Despite all this, the mainly Indian Catholics who attended the Maryvale Catechists' Course were very well formed, and revealed a real thirst and desire to be deepened in faith. Their questions and comments revealed that the formation of the young people was also great, probably because of the strength of faith and its integration into family life. I was pleased to be able to preach at a youth Mass on Friday morning (Friday is like another Sunday, as it's the main 'day off' in the week), and had a great response from the 300 or so teenagers and young adults who gathered in the Church hall, while the family Mass was taking place in the Church, attended by far more. One 17 year old lad from Pakistan came and asked about my homily on vocation, asking why God would want persecution to be part of the vocation of so many Christians in Pakistan. This was a truly humbling experience.

On the way back to England I had the opportunity to stop off in Qatar's capital, Doha, and see the new Church of Our Lady of the Rosary which I'd seen reported on Zenit news agency. This is the first time a Catholic Church has been allowed in Qatar. While it was dark - and the Church is not yet connected to mains electricity - the size of the new Church surprised me after seeing the rather small church in Abu Dhabi. The catechetical and social centre next to the Church is also very impressive. The only problem with it is that it is in the desert, with no roads connecting it. No doubt, with the expansion of Doha, the city will come out to meet the Church in time. Once again, the Catho

lic church has been built next to the other Christian churches, and it can be supposed that eventually a mosque will also be built, just to remind the Christians who is boss. But nonetheless, this is a tremendous move forward for the Catholic community in Qatar, who could only dream of this new church a few years ago, when Mass was only offered in private houses. Let us hope and pray that the freedom to have a church will also be extended to Saudi Arabia very soon, a country where the Catholic presence is minimal (despite this, there was a catechist from Saudi Arabia at the course).

Please continue to pray for the Catholic church in the Vicariate Apostolic of Arabia. Oh, and here are some camels... 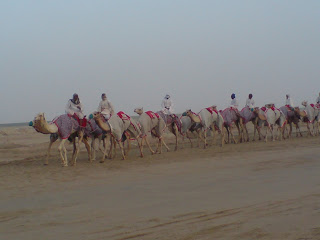 We're just back from Egypt...& I will write about Islam when I get chance...I found your experiences very interesting Fr.