The incarnation of all that is anti-spiritual 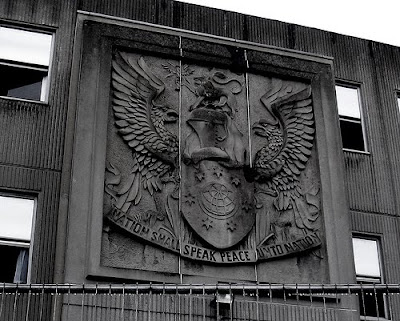 As a child, every Saturday morning on the way back from family shopping in Leeds, the bus would go past the BBC building on Woodhouse Lane. On its facade was this imposing coat of arms. The building was replaced a few years ago and this heraldic emblem is no longer there. But I used to wonder, as a child and young person, what was being acheived in the world through that proud proclamation - "Nation shall speak peace unto nation" - the logo of the BBC. What a great intention the media, or this part of it, was founded on. And yet is the media responsible for bringing about a new era of genuine human communication and fraternity? (Let me say that by "media" I mean the television, radio, the press and the internet.)
No, those words on the BBC shield do not represent the media or what it does.
The public media, through its rejection of God and seeking an enlightenment without Him, carries out a conversation on our behalf, at the level of an inane and often false interpretation of humanity. It is devoted to the ephemeral and rejects any sense of a hierarchy of values. It serves no social function but is an end in itself, and has nothing in common with genuine humanity (excepting an occasional good drama, sport, natural history footage less their patronising and ideologically based commentaries, announcements, the date and time, and crosswords). Like the Roman Empire of old, it is a vast, useless burden on the back of human society, which is now coming apart under the increasing strain.
Who are they now who have a genuine vision of life which is not conditioned by that of the public media? How many are they who call for a reformed and renewed media - one that can contribute to the the recovery of the greatness of man's place in the world, in his identity and in his mission? They are few and they are in our midst - they who speak, live and breath peace. They are the true lights of humanity, its genuine media - fathers, mothers, priests and religious, men and women who live for God and communicate with other human beings with love and truth, according to their dignity. 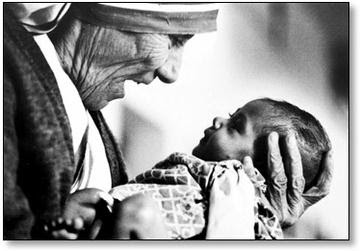 Posted by Fr Richard Aladics at 01:13