Is an immoral Government fit to rule? 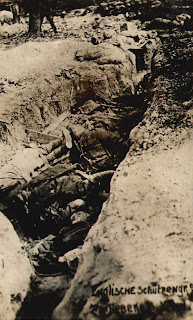 Now that anti-life legislation is coursing through the British Parliament again - currently the matters at hand are the creation of huge numbers of human embryos for death, so that their stem cells can be harvested, and also the creation of human/animal hybrids - we should ask ourselves: Is an immoral Government fit to rule? I am slowly waking up to the realisation that our Government at its Parliament are not worthy of the Office which they hold.
Nearly a hundred years ago millions of men gave their lives in the First World War for values which we now deem as irrelevant. What was the point of their deaths? Did they make this sacrifice in order that we should have a licentious society governed by the rule of immorality? What if we had lost the war? Would fewer men have died in the trenches? Would we then have been in a position to create a society and a Government which diregards the value of the Gospel, human life, marriage, the family, age, work, character, wisdom and virtue? Would we have been better off had we lost the First World War? The men who died in it did not die for the kind of society which now exists in the UK. We are in huge debt to the bravery of that generation - but we have let them down. Recent Governments in the UK have lead us awry and the path we are now following is a path which no society should follow. Who will lead us now? Nearly a hundred years ago we fought to stave off a Dark Age, but when the fighting stopped we failed and entered willingly into a Dark Age. Who will point us back towards the light? Who today is even looking for the light?
Posted by Fr Richard Aladics at 16:41

Yep. The hybrid cloning of animal and human cells is not just wrong, it`s plain diabolic. Goebbels' Nazi experiments on disabled people were not as bad as what some scientists are doing today. And the UK is in the forefront of all this stuff. We are not following, we are leading.

But, we know that when the light came into the world, from the very first second, the darkness sought to overcome it(opening of John's gospel). That very real darkness has never stopped seeking to do that and you could say that today it is stooping to ever greater depths in order to overcome the light. What does that tell us ? It tells me that Satan, who refused to bend the knee to God, is pretty desperate now and is playing all his cards, recklessly. He has never succeeded in all these years in quenching the light. He is getting desperate and darker and would rather we gave up first. I am often tempted to despair. The remedy is to allow myself to become the very goodness of God - as we heard at yesterday's 2nd reading. The light will not only then fill us, but catch others' gaze and hearts. Practical tips which work for me.. and which might help anyone else feeling like giving up.

2.Mass often. A few times during the week. We need the Eucharist as often as possible. It builds us up.

6.Holy water, blessed salt and oil. The sacramentals point us to the sacraments.


With these, we can turn from living feeble, just-about-hanging-in-there, half-lives to the life to which we have been called: one of power, of authority over darkness and of JOY. And it's real.

(I meant Mengel's Nazi experiments on the disabled. More haste...)

If you consider World War I, it was funded by international banks from Switzerland to New York hoping to profit from the deaths of millions and the misery of millions more. It was a project designed to eliminate the Christian roots of Europe and rebuild it secular. Which kingdoms were destroyed? All of them so the world could be made safe for democracy. (England doesn't count as a kingdom, sorry, because the wealthy men stole the power of the monarchy under Elizabeth and destroyed it with James I and Charles. It is an aristocracy). Democracy is the false god of modern secularism. Now Germany's reich (the second) was built on Bismark's model, which was anti-Catholic. But it was not secular or socialist or immoral. Then there were the Hapsburgs, who were still Catholic in spit of their faults. The Ottoman's don't figure in because they were already defeated by the British army in all but the map while the heaviest fighting still took place in the trenches in France. We're better off without them. But if we look back at the Hapsburgs, they were no longer able to rule, and the strong nation which Germany was had been completely destroyed for the purposes of creating a world wide recession. France was destroyed by the war, and England had created its proletariat with the edict of thieves where land was stolen by the people in mass by Parliament and the wealthy nobility who made their fortune plundering Church lands under Henry VIII. This way governments could print more money and devalue the currency, destroying everyone's savings and making them dependent upon the international banking complex. This happened here in the U.S. of A when Wilson created a central bank, and when Roosevelt stole the nations gold by declaring it unlawful to possess gold. (Buillion act) Worldwide men lost their property, their freedom to produce and consequently their voice in society. "Science" was advocated to marginalize the Church. The only ones capable of advancing any message or procuring any research are those with the favor of international banking, some of whom are jews, some of whom are gentiles, some even Christians (in name only), but all united by promoting atheistic principles and materialism in society, because that permits the advancement of profit and greed as the motivation for man's work, and as such they remain powerful because they have the capital. This is why the Popes from Leo XIII on have condemned Free Market Capitalism as an equal evil to socialism and communism. Now what projects in science can get sponsorship? Those which de-centralize business and capital? Never. Those which free us from dependence on the oil billionaries? Not a chance. Those which violate the sanctity of human life and corrupt public morals, such as these cloning projects, and the filth in media? Most certainly. By that man does not think, but buys, accepts, and dies, while the wealthy maintain a stranglehold on everything we do from birth (insurance and hospital bills), being raised (mortgages, special interests in education, medical bills again), and death (excessive fees for burial).

The culture of death is symptomatic of the loss of World War I to French, English and American anti-Catholic secularism.

What a great explanation, Athanasius! Do you haved your own Blog?
In terms of Evangelisation, the First World War brought it to its knees and put in place the great instability which would be seen, prophetically, by Paul VI, but not until 1975. The New Evangelisation has been very slow in coming - even Cardinal Newman "saw" it well over a hundred years ago. There has been a terrible spiritual battle during all this time and the first signs of spring are only just visible. It isn't at all surprising that the Blessed Mother came to Lourdes (whose feast day we celebrate today) and to Fatima. Without her presence, darkness may have been total! However, the Holy Spirit is indeed bringing new life all over the world, and thanks to the great architects: JPII and B16, we can hope for better things.