A letter from a father. 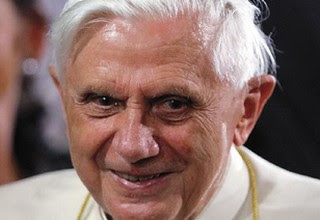 The new Encyclical Letter, Spe Salvi, is a letter from a father. Indeed, you might say that it is the letter from a grandfather. It is written for a universal readership and it is written with enormous gentleness and compassion. Quite unlike almost anything that is written today, Spe Salvi is given to a world in doubt and it reassuringly points the way.
Spe Salvi is a biography of the Church. It is written for both Christians and non-Christians alike. For Christians it opens up, in a serene and simple way, the whole Mystery of the Christian Life. For non-Christians, it comes as a gentle reminder of the fact of God and His plan for the world. This Letter does not speak harshly, but seeks to engage all people in the real project of life.
I think that the heart of the Holy Father's message is to show us again the human person in his dignity before God. So much of humanity has been eclipsed in modern culture that, without knowing it, we have needed a compassionate Father to show us again the meaning of life. And, in a most brilliant way, the Holy Father has expressed in this short letter the central call which was made by the Second Vatican Council - for the Church to enter into an evangelising dialogue with the world.
However, if I were asked to say why the Holy Father has written this Encyclical then I would say that it was to bring together the many, sometimes disperate, sometimes weak, sometimes wandering strands of the Christian people, and to focus again on the great movement in history and its Mission: the Church - the Community of Salvation.
I'll post more on this soon.
Posted by Fr Richard Aladics at 15:57