Memory and Identity: the lessons of recent history. 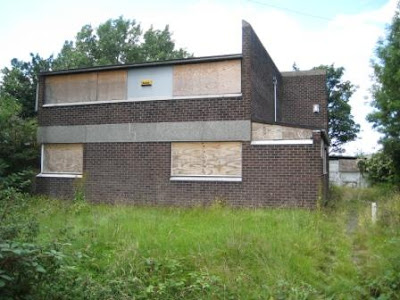 We have seen how Bl JPII speaks about human freedom; that grace doesn't take away our freedom but actually gives us our freedom. In this chapter the Pope speaks about the rise and the fall of the two great totalitarian systems in Europe during the last century; Communism and Nazism. He makes note of a very important factor here. That in Eastern Europe these systems were not only resisted, but that many people aspired to live by true values. Whereas in Western Europe the growth of false values has taken place alongside a certain marginalisation of true values.
Indeed, the West has actively taken part in the building of an "alternative civilisation", a civilisation which is not built upon true values. In such a civilisation men and women live as though God did not exist. This means that they live outside the parameters of good and evil. Such a civilisation is another form of totalitarianism, subtly concealed under the appearences of democracy. So, today B16 has spoken publicly of the "dictatorship of relativism".
How then, asks JPII, can we respond to this situation? We must return to the roots. We must return to the roots in both human and Christian terms.
In human terms, returning to the roots means reclaiming the fundamental truths and values about humanity, being able to see these clearly again. The purpose of this book, "Memory and Identity", is to help precisely with this. Reclaiming fundamental truths and values which were taken up by the Enlightenment and contemporary secularism and given either a false or a secondary meaning.
It also means returning to the person of Jesus Christ himself. "Learning Christ" anew, by penetrating into the depths of the revelation of the mystery of Christ, and experiencing anew the testimony of life which flows from Him, whilst recognising that God intervened powerfully in the events of the twentieth century.
(The above photo I took, a year ago, of a former presbytery of mine in Huddesrfield. The house is now delapidated and souless as it was when I moved into it. Yet for three years this unprepossessing house became an oasis of the Christian life for the mission of the Church; during these years I had named the house "Our Lady Mother of Grace House".)
Posted by Fr Richard Aladics at 01:32