Memory and Identity: The positive fruits of the Enlightenment. 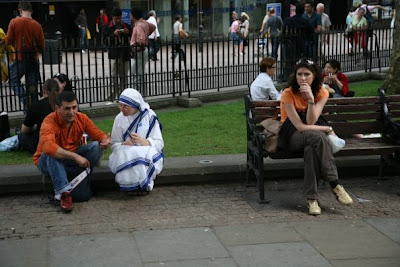 We should not limit ourselves to considering the destructive aftermath of the Enlightenment, but consider also its positive aspects.
The Enlightenment prepared the way for a better understanding of human rights (even if these were already known to be rooted in the nature of man created by God.) During the Enlightenment the rights of nations to exist, to maintain their own cultures and to exercise political sovereignty came into focus, and with it came the idea that "fraternity" is a bond which not only unites men, but nations also.
During the Industrial revolution, which did great harm to the fabric of society, in which men were exploited by industry and commerce, some of the values of the Enlightenment led to a profound rediscovery of the truths contained in the Gospel.
Likewise, the birth of Communism led to a clearer understanding of the Church's social mission. This came to be expressed in her Social teaching.
The teaching of the Second Vatican Council can be seen as a synthesis of the relationship between Christianity and the Enlightenment: that the Church is called to engage with the world, not in a polemical or condemnatory way, but through a desire to lead the world to Christ - to evangelise the world. For, "it is only in the mystery of the Word made flesh that the mystery of man becomes clear." (Gaudium et Spes, 22) Christ is the light of men, first in their interior lives, and then in their vocation and destiny. In Christ, man knows who he is and how he is called to live. For uniquely, in Christ, man's whole life is a unity, his interior life, his spiritual life, his social life, he affective life, his moral life and his political life is united. Man is made whole in Christ. Apart from Christ man remains divided in himself, he remains an enigma to himself.
The mission of the Church then, is to man, wherever he is and in whatever state he is in; the Church's mission is to lead him to transformation in Christ.
(The extraordinary photo above was taken in Sydney city centre in July 2009.)
Posted by Fr Richard Aladics at 08:59