Memory and Identity: the mystery of evil 2. 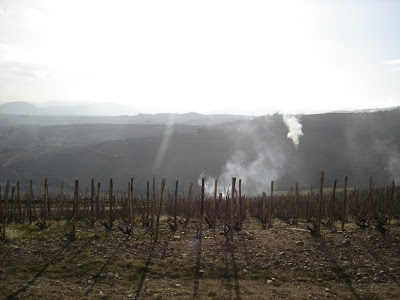 Bl John Paul II begins his book speaking about the co-existence of good and evil because this is the basic context of our lives, and because it is this context that Jesus Christ enters into. It is God, not man who puts a limit on evil; man cannot do this because he is divided in himself, and the limit which God places upon evil is the Redemption. Evil is radically overcome by the Redemption.
If we look round the world we can see the places which have suffered most from the presence of evil: those are the places where the Cross is most clearly revealed.
Sin is the greatest evil which affects man, and Christ forgives sin, indeed, he destroys it. Man's true greatness therefore lies in his conversion, by which he returns to God. However, this return to the Father is not about human effort, it is about grace. Man needs grace, and in Christ he is given grace.
Christ's death and resurrection reveal the full truth about man: that he is called to participate in God's life, and that this call is given to us in God's unconditional love for us; we are called to live a new life. The gift of grace is like light, given to us here and now in our divided condition.
The Redemption then is an unimagined victory for us, but it is also a task. It is a question of us receiving this gift into our lives. The Redemption will change us, but will we allow ourselves to be changed?
And so, we must speak about the Spiritual Life - our, my, relationship with God. This involves the way that I seek to keep God's Commandments; allowing Christ to conquer sin in me. It involves a growth in virtue as I allow God's light to pervade me. And this will lead to a certain experience of closeness to God, even now before I die, in anticipation of what is destined to be ours in eternity. It is Christ who reveals and teaches this way and accompanies those who travel.
So, we don't just need a way of understanding evil, we actually need to embark on the Spiritual Life, in which we personally participate in Christ's mission in which he defeats evil and restores goodness to us in superabundance.
(I took the above photo in January 2008 in the Fleurie hills of the Saone valley in France. Smoke rises from the burning of the dead wood of the vines in preparation for the new growth that will come in the Spring.)
Posted by Fr Richard Aladics at 04:32