On route to Yorkshire 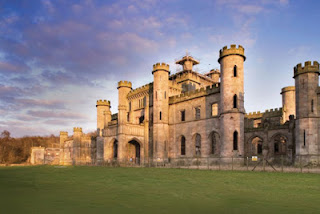 On 15th July 1568 Mary Stuart was taken from Carlisle Castle; she was to be installed in Bolton Castle in North Yorkshire. It was thought that Carlisle Castle was too near the Scots' border for comfort. Bolton Castle is some distance away in Wensleydale so, the Queen of Scots was lodged briefly at Lowther Castle (photo above). Lowther Castle in east Cumbria, was the home of the Lowther family, the Earls of Lonsdale.
After a stay of perhaps one night the journey was resumed. The Queen and her party of guardians then stopped at Wharton Hall (photo below). This Hall, the home of the Wharton family, is further south near the town of Kirby Stephen. The fortifications of the Hall were developed in 1544 since the Hall had been beseiged by pilgrims in the 1536 Pilgrimage of Grace. 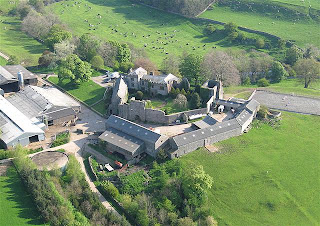 Again, after a short stay the party, with the captive Queen, made its way into Yorkshire.
﻿
Posted by Fr Richard Aladics at 09:22