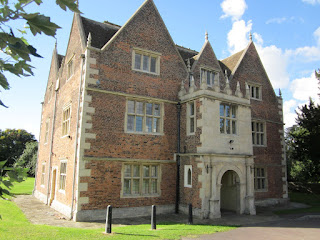 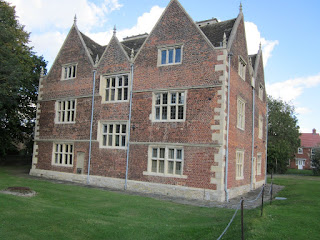 Moving east into southern Lincolnshire in the town of Bourne is the seventeenth century house, Red Hall. The Hall now stands in an open lawn and is run by the local Council. It was closed when I was there. On the first floor there used to be a false-wall hide lit by one of the mullion windows behind. One part of this was merely a discrete place and could be entered from the room, the other part was entered from the top floor. The Hall itself is a lovely example of a small seventeeth century town house and has been restored. I gather that the false-wall of the hide no longer exists. I should like to learn more about its recusant history.
Posted by Fr Richard Aladics at 12:50